Goals from Memphis Depay, Martin Braithwaite, and Riqui Puig ensured Barcelona defeated Juventus 3-0 in the Joan Gamper trophy game. It was an even game between both sides, but the La Liga side took their opportunities to score whenever they had the chance. 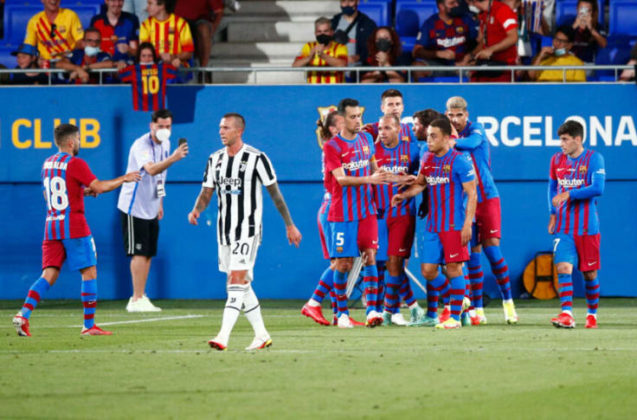 Depay opened scoring for Barcelona in the third minute of the game, capitalizing on a loose ball from Juventus to beat Wojciech Szczesny in goal.

One of the highlights of the game is Cristiano Ronaldo's clear scoring opportunities, but he could not get the ball past Barcelona's goalkeeper, Noberto Neto.

Braithwaite extended Barcelona's lead when he headed the ball into the net from a corner kick in the 57th minute. Puig made matters worse for Juventus when he scored the third goal of the game in the stoppage time of the game.