Paris Saint-Germain winger, Kylian Mbappe, has for the first time spoken about the transfer saga that happened between the Ligue 1 club and Real Madrid during the summer transfer window. 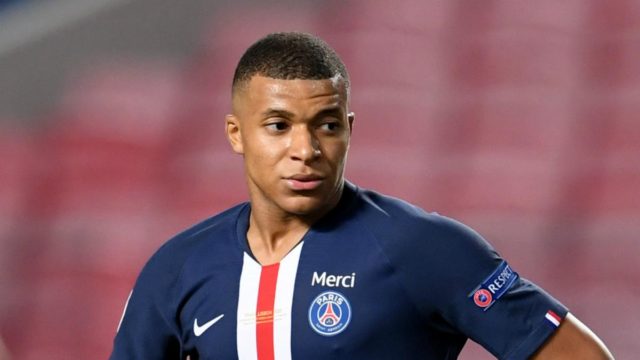 READ ALSO: CLAUDIO RANIERI ARRIVES AT WATFORD TO COMPLETE SIGNING WITH THE CLUB

The French player was speaking with RMC Sports, a sports radio station in France on Monday, October 4th, 2021.

Mbappe said confirmed that he asked to leave the club last summer so that PSG will make money from his deal.

He also appreciated all that the club has given him since he arrived from Monaco in 2017 and said he has always been happy with the club.

I asked to leave, because, from the moment where I did not want to extend, I wanted for the club to receive a transfer fee so that they could bring in a quality replacement. This club has given me a lot. I have always been happy the 4 years I have had here, and I still am. I said it early enough so that the club could react. I wanted enough so that the club could react. I wanted everyone to come out of this stronger, that we leave hand in hand, to make a good deal and I respected that. I said, if you don't want me to go I will stay.

He also spoke about the rumour that he rejected the different offers given to him by PSG.

People have said I refused six or seven offers of extension, that I do not want to talk to Leonardo (Sporting director), that's not true. They told me, Kylian now you talk with the president.

I did not appreciate the fact that they said I came ( with the news he wanted to leave ) the last week of August. I said at the end of July that I wanted to go.

Real Madrid submitted a bit of €200 million for Mbappe on the final day of the summer transfer window, but PSG did not respond to the bid. There have been rumours from Spain that Madrid will submit another bid for the player in January.