Barcelona Football Club has announced a debt of €481 million at the end of the 2020/21 financial year. The Catalonia club under new President Joan Laporta has consistently spoken about the lack of funds in the club. 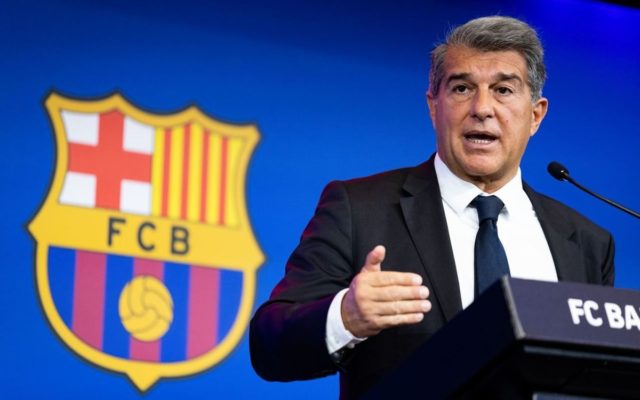 READ ALSO: TYSON FURY & DEONTAY WILDER VOW TO KNOCK EACH OTHER OUT

Barcelona confirmed the news of its debt on its official website on Wednesday, October 6th, 2021. The financial crisis at the club was the reason Lionel Messi’s contract was not renewed during the last transfer window.

Club captains Gerard Pique, Jordi Alba, Sergio Busquets all took a pay cut from their salaries to help the club in its present crisis.

FC Barcelona has publicly presented its accounts for the end of the 2020/21 financial year, which will have to be submitted to the approval of the delegate members at the Ordinary General Assembly convened for 17 October.

CEO Ferranjl Reverter has detailed the figures for a season marked by the calls for elections and the change of Board of Directors as well as the ongoing Covid-19 pandemic.

Barce is revealed to have closed the 2020/22 financial year with revenue of 631 million euros, well below the 828 million set in the budget, which forecasts a profit of 1 million euros. The result was 481 million euros in after-tax losses, caused by falling revenues and the inability to contain spending.

The team are also suffering on the pitch as they have failed to hit the ground in La Liga and the UEFA Champions League. They are currently eighth on the league table and last in their group in the Champions League.