Barcelona Football Club have announced that Sergi Barjuan will take charge of the club next couple of games following the sacking of Ronald Koeman. 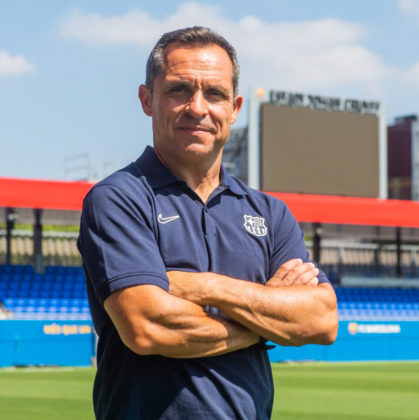 The club announced on its website on Thursday, October 28th, 2021, Sergi is the current coach of Barcelona's B team. According to the club, he will be in charge until another manager is hired to take over from Koeman.

Barcelona has started talks with its former player but is also trying to settle things with Al-Sadd, the current club he is currently coaching. It is also clear that Xavi wants the job at Camp Nou.

Barcelona has been on a series of poor runs of form in the league and the Champions League, which was the reason the club's hierarchy sacked Koeman.

Sergi's first game in charge of Barcelona will be against Alaves in the league before traveling to play Dynamo Kyiv in the UEFA Champions League.