Barcelona have sacked Ronald Koeman after he led the team to a defeat against Rayo Vallecano on Wednesday. 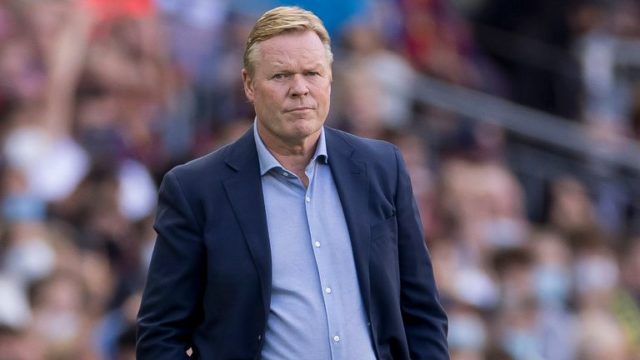 Spanish side Barcelona have sacked Ronald Koeman after he led the team to a defeat against Rayo Vallecano on Wednesday.

The ex-Barcelona player, who is also now an ex-coach, was left on thin ice after the club confirmed the news following the 1-0 loss to Rayo Vallecano in La Liga on Wednesday, with the result leaving the Catalans in ninth place in the table.
The recent defeat came on the heels of a defeat at the Nou Camp against Real Madrid in the much-anticipated El Clasico last weekend.
In a statement on the club website, it said:

FC Barcelona has relieved Ronald Koeman of his duties as first team coach.
The president of the club, Joan Laporta, informed him of the decision after the defeat against Rayo Vallecano.
Ronald Koeman will say goodbye to the squad on Thursday at the Ciutat Esportiva
FC Barcelona wishes to thank him for his service to the club and wishes him all the best in his professional career

Barcelona has reportedly started looking for a new coach immediately with former player Xavi being a top candidate for the job.
Get updates as they drop via Twitter and Facebook