American rapper, Yung Bleu is in Lagos, and Davido has revealed that he came down because he promised to shoot the video for their song in Nigeria. 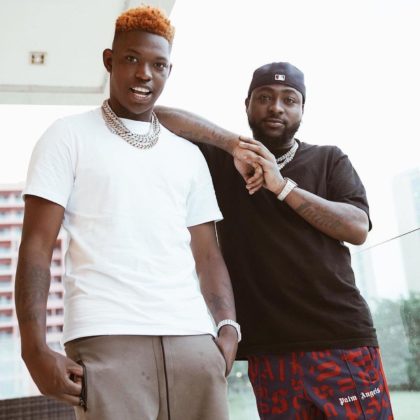 Davido shared a photo of himself with Yung Bleu via his Instagram page on Tuesday, the 18th of June 2021. He explained that he and the rapper made the song within 30 minutes in Atlanta. The DMW boss also revealed that Yung Bleu insisted that he would shoot the video in Nigeria and fulfilled that promise. Davido wrote;

Linked up in Atlanta Made a smash in 30 minutes! He said ‘D I’m shooting this shootin in 🇳🇬’ bruh wasn’t playing .. You welcome home my brother !! 🎥🎥🎬🎬🤯🤯🔥🇳🇬🇺🇸 @bleuvandross

Yung Bleu also posted the same photo on his own Instagram page and revealed that Davido treats him like a little brother. He also expressed excitement at being able to come down to Nigeria. In his words;

Ion no what it is but @davido fw me like a lil bro I guess it’s just natural real ones connect ! In naija popping big shit 🌙 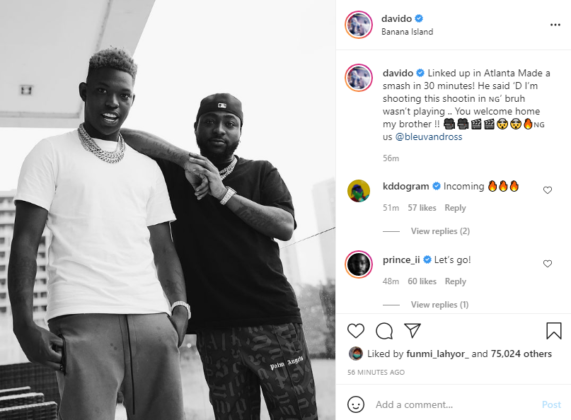 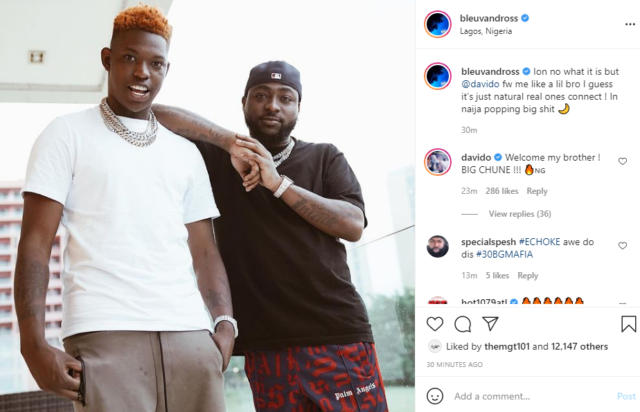