"You don't have respect..." Celebrities React To Davido's Love For Chioma 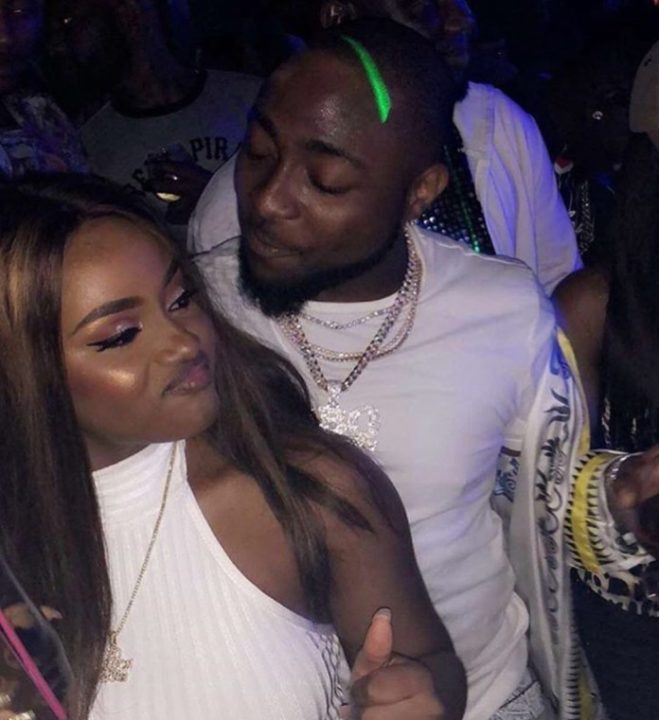 Responses have been trailing Davido's expression of affection for the love of his life, Chioma with some people asking for their own kind of love and others "codedly" beefing and telling Davido to take things slow. This kind of news obviously did not escape the timeline of Nigerian celebrities who as give their two cents or more on the issue.

Nigerian comedian, Ayo Makun gave his hilarious response to this act of love, telling Davido that he is too young to be spending such an amount on a woman because this is the same amount 20 Nigerians competed for in the just concluded Big Brother Naija Reality TV show. He said;

davidoofficial you don't have respect. I need to rush and go and block you from appearing on my wife's timeline... This PORSCHE ASSURANCE gift to thechefchi is too much for your age na. How much miraclebigbrother win after waiting on the lord for 3 months in bbnaija2018? God punish any man wey one begin type one page of poem give woman for Instagram tomorrow morning all in the name of birthday wishes. midas_interiors, the good Lord told me you don't want designer, you don't want Ferrari but my love. All these are the things of the world, let's just continue to serve the living God and avoid yorubademons like these lazy Nigerian OBO youth. in short, make God scatter this world make everybody start afresh assurance

Peter of the former talented duo, Psquare has also reacted to this, saying;

Nothing impresses me more than when a Man treats a Woman right and makes her the center of his world. Nice one davidoofficial Congrats and Happy birthday Chioma.

Don Jazzy has also joined the Chioma fever, but this time, he is starting a #ChiomaChallenge, asking people to cook and post their meals on Instagram tagging #Chiomachallenge. This looks like Don Jazzy's way to connect the Chiomas to their Davidos online. What an interesting way to create capitalize on a trend.

So far so good almost everyone is reacting positively to this act and Davido is loving the attention his act of love has given to his new jam, Assurance which came out today, the 1st of May, 2018.

Listen to more: "Assurance" by Davido