"Women are not Donkeys..." Simi Attacks Pst. Kingsley Okonkwo Who Blamed Women For Being Single 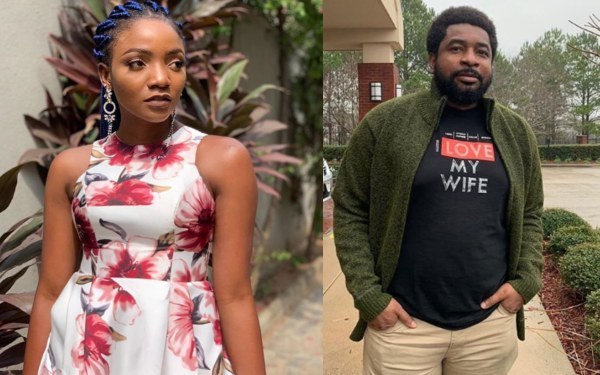 Simi is no longer holding her peace with messages circulating that shouldn't and she's starting with Pastor Kingsley Okonkwo of David Christain Centre whom she revealed has been giving messages that have a way of blaming women for issues as regards relationship.

Simi had commented on the video of the pastor who was of the opinion that women should stop giving men sex as easily as they do because that's why the men aren't proposing marriage to them.

He said in the video;

women need to understand that men are not emotionally developed as they are, women know what they want from childhood. The average teenage girl has dreams of how her wedding will be. Men as teenager is just playing ball, he has no dreams of settling down.

He wants sex, men want sex not relationship. God put so much sexual passion in men, expecting that women will obey him by doing access denied, so that if he wants so much sex he should marry. So, he will give you what you want, you will give him what he wants. That was how God planned it, but many women have been sabotaging themselves. So you have been giving it out to people that didn’t put a ring on it.

This is why we have so many single people because a lot of guys are sexually satisfied. Men enjoy sex with more people, than with one person. So, you are messing up and sabotaging yourself by giving out free sex. If you do national lock up, these men will marry.

Simi, who revealed how much this message infuriated her, stated that women are being saddled with the responsibility of curbing men's irresponsibility because Pastors like Kinsley Okonkwo are preaching that's how the men were created, thereby allowing these men to continue their "irresponsible" acts and leaving the burden for women to carry.

In Simi's words, "women are not Donkeys to carry everyone's burden" because they make mistakes too and are responsible for their own mistakes, so men should be responsible for who they are rather than the preacher to tell women to conform to who the men are.

In response to her comment, the pastor stated that while what he said he subject to different interpretations which he cannot do for everyone, he didn't intend to demean or place the responsibility on one sex. Simi didn't end there but informs the pastor that, his messages, including previous ones, have consistently placed the responsibility on women and the pastor should be careful of his words because as a pastor, people respect and adhere to his words hence they might continue the narrative of blaming the women for how they act.

"Marriage is not a reward for good behaviour" Simi concluded with, going a bit further to say as much as she's a fan of the Pastor's method of preaching, messages like this one set her off and she had to air her views for her peace of mind. 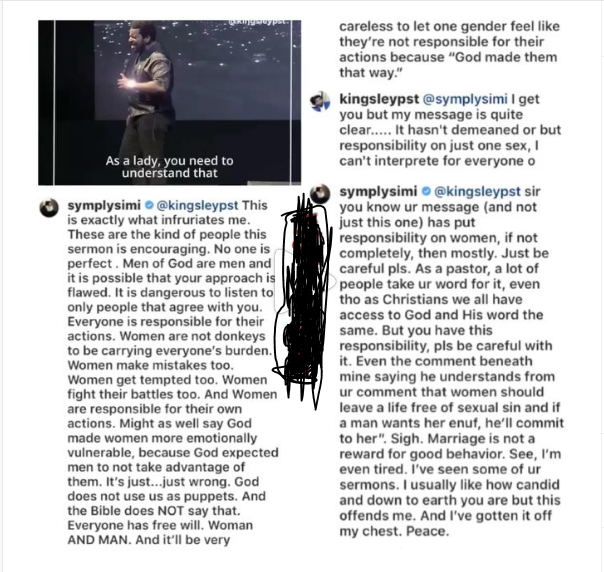