Tiwa Savage And Simi Hint Collabo... Who's Ready For This Magic?! 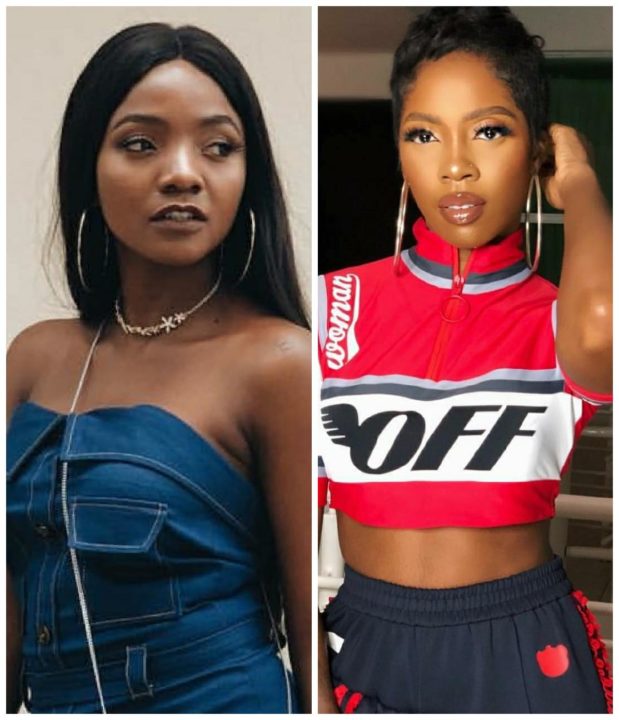 Tiwa in responding to Simi's congratulatory comment asked the 'Ayo' singer when they're hitting the studio, a statement that screams the beginning of good music. Fans are already getting excited over the possibility of a Tiwa and Simi's collaboration, two women who are amongst the best talents the Nigerian music industry has. 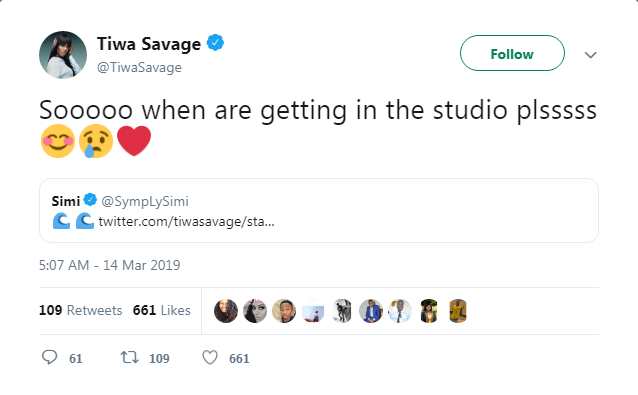 Simi responded to Tiwa in what we would like to see as excitement as she said "I'm so ready..." and excited fans are right there with them cheering for the production of this possible eargasm. 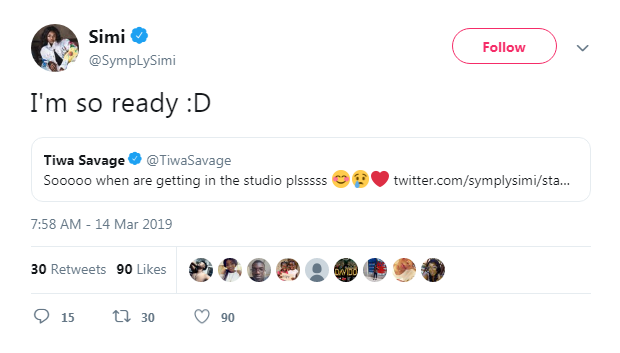 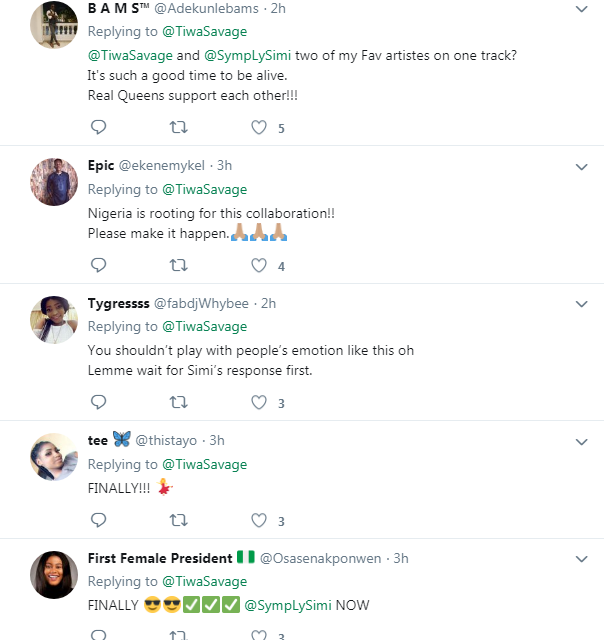 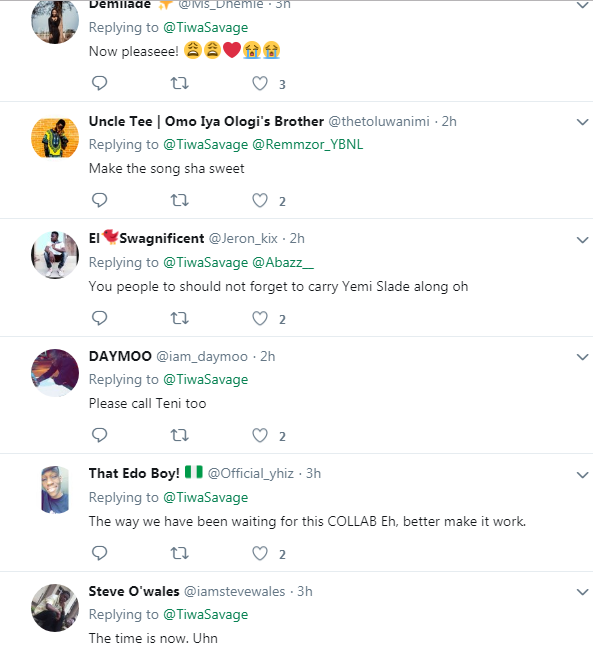 Tiwa Savage will be the second artiste from Mavin Records that Simi will be collaborating with after a beautiful song, Halleluya with Johnny Drille. This is a collaboration many will be looking forward to because for unknown reasons, the Nigerian music industry sees more collaboration from male and female than collaborations coming from females, which is very different from the male artiste who have build their various successes on not just their talent, but also with their networks as they have come to embrace collaboration rather than promote competition which is not just unhealthy for the industry, but also pits fans  against each other.

Looking forward, we want to believe this Tiwa and Simi collabo is a beginning to great positive energy amongst Nigerian female artistes as they collaborate and tell their stories through music from the female point of view. We hope this is the beginning of a progressive female industry in Nigerian music where women collaborate rather than compete. Some people will think we're getting ahead of ourselves in excitement, but we're just excited about the possibility of maintaining this vibe among Nigerian female artistes.