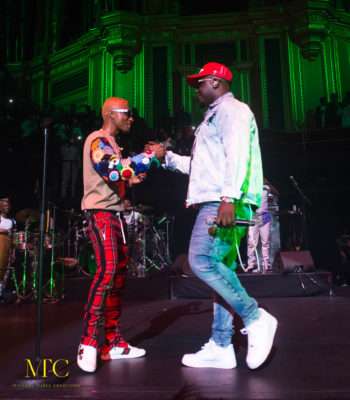 After dropping a hint last year August of a joint album between them that never happened, "Wizkid" and Wande Coal are back again, teasing fans on the possibility of a joint work.

Wande Coal had posted on his Twitter on Wednesday 10th of October about an artiste he is working on, asking followers to guess who it is but apparently, the artiste revealed himself when Wizkid quoted the tweet to say; King C! We gats give dem this album!

Although not yet confirmed, but these double dose of greatness might be working on some Magic.

Wizkid and Wande Coal have always embraced any opportunity to work together, from their time from Wizkid's Superstar Album down to his Royal Albert Hall where Wande Coal performed in Wizkid's show.

We look forward to the pleasure they both have to offer our ears, be it an album or a single track.

In another news, check out the Teaser of Wande Coal's new track with Davido HERE