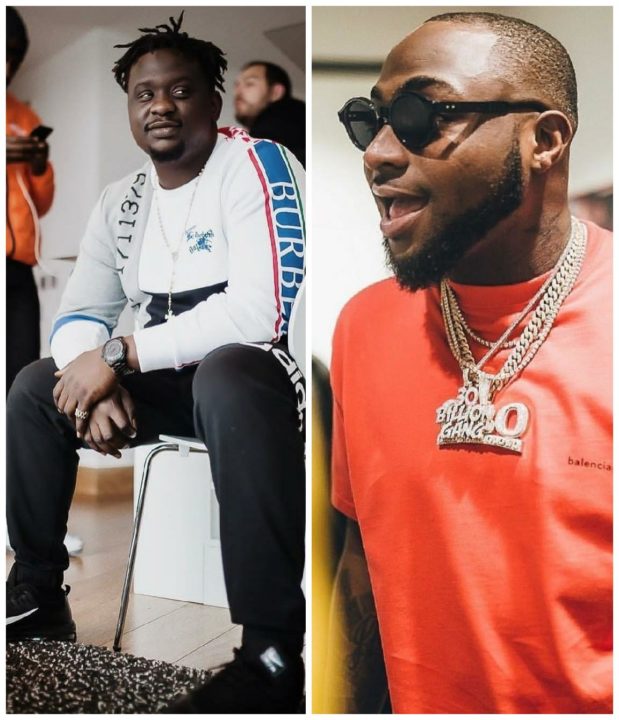 Nigerian singers, Davido and Wande Coal just announced their new collaboration, and not only are they working on creating music together, but they have also already created a classic record, according to Davido.

This announcement was made by both singers on their various Instagram accounts where Davido and Wande Coal were captured dancing to the new song with the caption;

Listen to the teaser from the soon to be released song;

WandeCoal and Davido working on giving us something dope?? #Regrann from @davidoofficial W!!!! We just made a classic !! @wandecoal ???? Cc @julsbaby_ #NotJustOk

The year 2018 for big Nigerian artistes is all about collaborations as they join forces to add their uniques sounds to the vibe of another. This year, Davido has collaborated with Larry Gaaga in ‘Doe’, Dremo with ‘Kpa’, ‘Way Too Fly’ by A Boogie Wit Da Hoodie, ‘Dun Rich’by Popcaan and he recently announced his collaboration with Kizz Daniel but the song hasn’t been released yet.

Davido recently canceled his ongoing tour to help support his Uncle’s political career and on Saturday the 21st of September gave an electrifying performance at the BBC 1xtra Live in O2 Arena where he performed some of his hit songs such as Dami Duro, Assurance and his award-winning IF.