Davido's Locked Up US Tour: New York Sold Out & Shut Down! 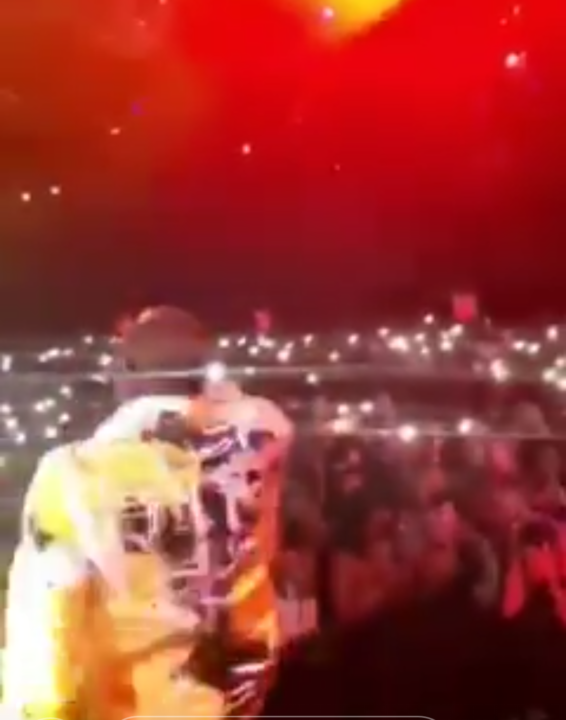 On the 4th of September, Davido recorded another sold-out show from his ongoing Locked Up Tour in the US. The show which is the second performance from the singer's tour went down at the 1,200 capacity Irving Plaza located within the Union Square neighborhood of Manhattan in New York City.

The former jewelry seller turned superstar, Davido with his hypeman, Spesh, took the crowd to a thrilling  level of excitement with hits such as Dami Duro, Fall, and the Chioma love song, Assurance, and of course the fans, ready to party the night away showed how knowledgeable they are of the songs and capable of the energy he's giving by returning it in full measure with voices so high that it'll motivate any artiste to give more.

Another sold our and shut down show for @davidoofficial on the #lockeduptour! ???? #Chee ? #30BillionGang . . #NotJustOk

The venue was apparently too small for lovers of Davido in New York which by the look of the crowded Irving Plaza, has been filled with over 1,200 people that it can originally contain.

The size of the venue which seems too small was also commented on by Davido after the show where he stated that a bigger venue would be planned for next year.

We sold out on a Tuesday!!Over Capacity!! Love was amazing!!! BIGGER VENUE NEXT YEAR. 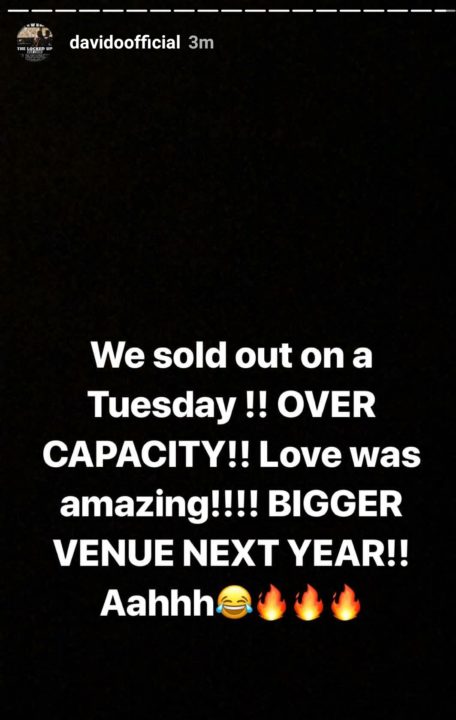 Next on the Locked Up Tour is the 2,000 capacity Fillmore Silver Spring hall in Maryland on the 6th of September, 2018.