Davido Reveals Past Hustle As A Jewelry Seller For Nigerian Artistes 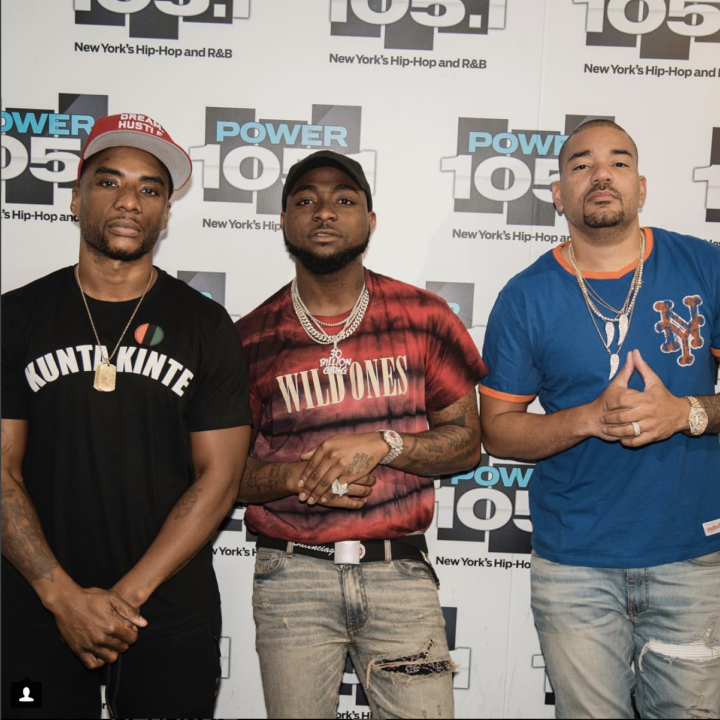 Davido has revealed that prior to his career as a singer, he was a low-quality jewelry seller who sold merchandise for Nigerian artistes back in 2008-2009.

This was revealed in his recent interview earlier today, 4th of September with DJ Envy and Charlamagne Tha god on Breakfast Club Power 105.1FM where the singer gave a shocking revelation about his past hustle, an in-depth information of his struggle to break out from what his father wanted him to do and how he has become an inspiration in the industry.

For a singer everyone always assumed to be born with a silver spoon hence probably never hustled in his life, this knowledge was very new to fans and maybe foe alike.

Davido disclosed this information when he took a trip down memory lane on his journey in the Nigerian music industry. The singer revealed that before singing, he was already connecting with the music industry as he was into buying and selling of clothes and jewelry to Nigeria artistes, some of whom he also took around to strip clubs when they come to Atlanta where he was once based. These merchandise, the artiste revealed were not the standard designer's wares, in his words, they are from "the middle of the mall" and these artistes didn't mind the quality they were getting.

He said (4 minutes into the interview);

"I come to America and tell all the artistes that "Yo! This is what's popping" I bring the new clothes, jewelry... back then it was like the middle of the mall jewelry... I buy like 2,000 dollars worth, I take it home (Nigeria) and sell it so people knew me already"

When the singer was asked by Charlemagne why he was comfortable selling fake goods to people, he said;

So for those people that bought jewelry from Davido during these periods, have it in mind you were buying middle of the mall wares. But hey, you must've known that considering the price you bought it and this revelation sort of puts Davido's publicized love for jewelry and good clothes into perspective, showing us that he has been into this for a very long while and he has always loved it.

The interview was not just hilarious, but also insightful, exposing you to things we never knew about Davido such as the extent of him and his father's disagreement on his music career and his encounter with the Jamaicans that according to him introduced him to smoking. Listening to what he went through in the hands f his father who didn't believe in his music at first, who sent troupe of police force to arrest promoters and friends of Davido just so that the singer can continue his education and this same father later came around, built a studio for him and is also now a number one supporter is nothing short of an inspiration.

But just as Davido said, although some parents are now supporting their kids who want to do music, not every one of them succeeds because the star quality comes majorly from the consistent good music you put out and not the wealthy background you're coming from (rephrased).