Davido’s Locked Up US Tour: Boston Sold Out & Shut Down! 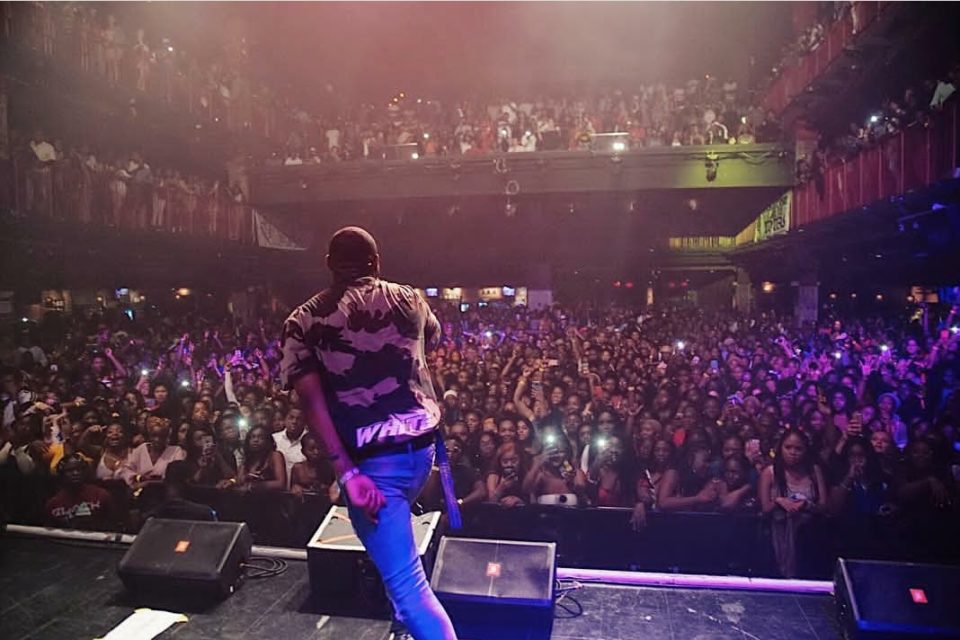 Davido has started his anticipated  Locked Up USA Tour at the famous House of Blues in Boston on the 1st of September which was sold out on the 28th of August as announced by the singer on Instagram.

The Assurance singer who is meant to presently be at the NYSC orientation camp in Iyana-Ipaja, Lagos state for his National Youth Service, shut down the venue which is just across the street from Fenway Park in Boston with his DJ, Ecool. The venue, with its 2500 people capacity was filled up with electrified fans from top to bottom of the hall hitting the walls with their excited voices while they sing along to Davido’s different hit, from FIA to IF to Assurance, down to DMW Aje.

In excitement from the successful show, the singer tweeted;

“We sold out the biggest House of Blues in America! Thank you Boston… Next stop Made in America Festival 2day!”

We sold out the Biggest House of Blues in America!! !!!! Thank you Boston????!!! ???? Next stop Made in America Festival 2day! pic.twitter.com/aDQoHM8QzM

First show of the tour!!! BOSTON WENT THRUU THE ROOF ????! THANK YOU FOR MAKING LAST NITE AMAZING!! Next up Made in America Festival 2day!! ????? pic.twitter.com/QPay82GMNk

You heard right! Just right after the successful Boston performance, Davido is heading straight to Tidal Stage for his Made in America festival performance alongside American stars Meek Mill and Nicki Minaj. The festival will be happening from 1st to 2nd of September 2018.

Davido has also been scheduled to perform at the DreamVille festival with American rapper, Jcole on the 15th of September 2018.  The singer made this announcement on the 31st of August where he thanked the American rapper for the opportunity to be a part of the festival.

The locked up tour is the 3rd major tour the singer will be going on. The first tour recorded sold-out venues and with the impact and hits Davido seems to be dishing out this year, we are expecting more sold-out venues on this tour.

Head straight to www.iamdavido/tours.com for your tickets for other shows!