As an annual tradition, 44th President of the United State of America, Barrack Obama has released his playlist consisting of his favourite songs of the year and Nigerian superstars, Wizkid and Tems made it to the playlist with their latest jam, ‘Essence’ off Wizkid’s album, ‘Made in Lagos’. 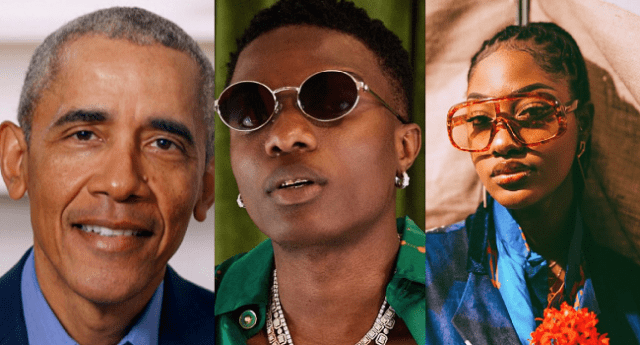 The list was released on Saturday, the 19th of December by Barrack Obama via Twitter where he revealed that the songs on the list are his favourite songs of the year but he had “some valuable consultation” from the family “music guru” Sasha his second daughter.

Here are some of my favorite songs of the year. As usual, I had some valuable consultation from our family music guru, Sasha, to put this together. I hope you find a new song or two to listen to. 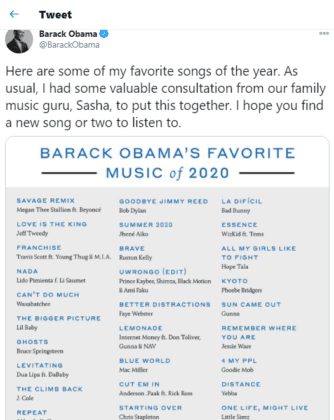 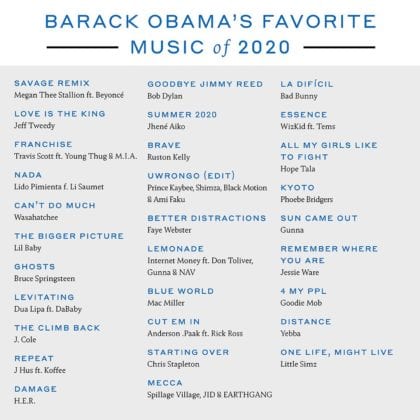