Wizkid has revealed that if not for music, he’ll be on the street right now with the other kids he grew up with as that would’ve been his only foreseeable future considering his background. 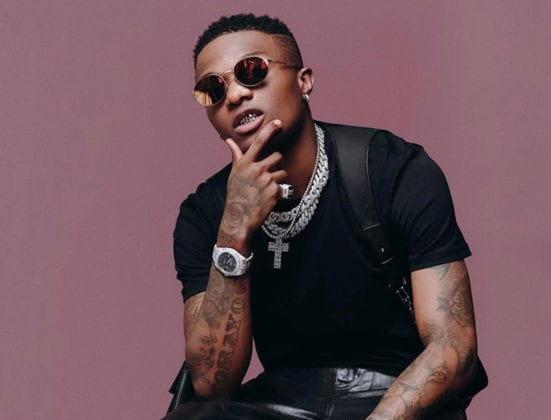 This was revealed by the superstar in his latest interview with Naomi Campbell on the 15th of December 2020 when he was asked why he was always so generous to the guys in public spaces whenever they go out.

I love doing that because If I wasn’t a musician, I would probably be on the street because I’m not from a rich home, my parent is not wealthy, I changed the life of my family through music. I was blessed, God used me as a blessing to my family If I wasn’t doing music, I would be like every normal kid on the street. So

Naomi: Do you think that music saved your life?

Wizkid: Sure, it definitely saved and changed my life.

I started when I was young, so I was like so young when I start6es, and I knew the amounts of Nos i got before getting to where I’m at, so now that I’m here, every kid that I see, it’s like I see you in me and I’m your biggest fan, I support you and I want you to be successful… because I know how hard it to, especially here, to make music. It’s harder to make music in Nigeria in every way down to even getting the right producer and getting your songs played.

On if he ever asked people to play his sons on radio, Wizkid said;

I’ll never do it. I’ve never done itand that has always been my thing. Like I’ll never pay anyone to play my record, but people do it and I don’t blame them because they’re so many records and you have to pay to get yours played.

Speaking on how he picks collaborations, Wizkid said;

I keep an open mind when it comes to collaboration because you’ll never know where you’ll get the best stuff from, maybe young or old.