Wizkid, Simi & Davido Win 3 Awards Each At The Headies ... Who's Your Ultimate Winner? 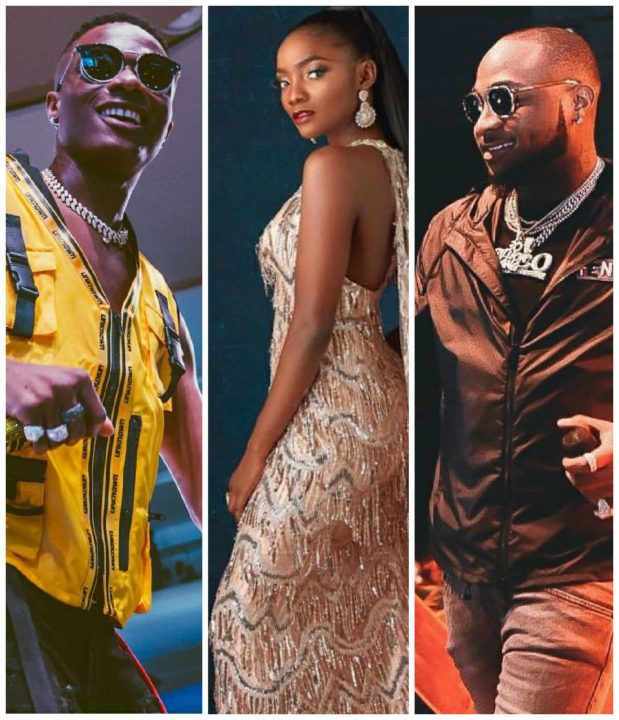 If there's anything like a winning lifestyle, Davido, Wizkid and Simi are definitely on that path and they have proven once again that winning is their culture and getting just one win, is not usually enough... but then again, it's three of Africa's best!

The Headies which took place on the 5th of May saw a full hall, glamorous stars on the red carpet and of course A-list artistes like Tiwa Savage, Davido giving us a great performance as usual.

With all the wins celebrated tonight, Wizkid, Simi, Davido had to make the news as they made a tie of winning three of their different categories from Best Video to Song of The Year, Best Album down to the Artiste of The Year, this trio are like triplet in their wins. But... yes there is a but.

Davido won three awards for Best Pop Single, Song of The Year and Artiste of The Year, Wizkid also won for Best Music Video, Headies Viewers' Choice, Best R&B and Pop Album plus his name popping up for Best Collabo with Tiwa Savage on MaLo, and Simi won Best R&B Single, Best Recording of the Year and Album of the Year. While it is totally understood that MaLo is Tiwa Savage's song that featured Spellz and Wizkid, Wizkid is a great part of the song, hence it is also a win for him.

So who has the big win?

It is no news that the categories these artistes won can't be compared but does that make any ahead of the other? That is open for you to decide, but whichever it is, we all know they're all winners who won big for their works and have been doing great in 2018 already, dropping hit songs and videos that we are about to lose count.

But then again, to us, every nominated artiste is a winner because being nominated has already shown that you and your work(s) have been acknowledged, so let's look forward to the better songs, more nominations, and better wins!