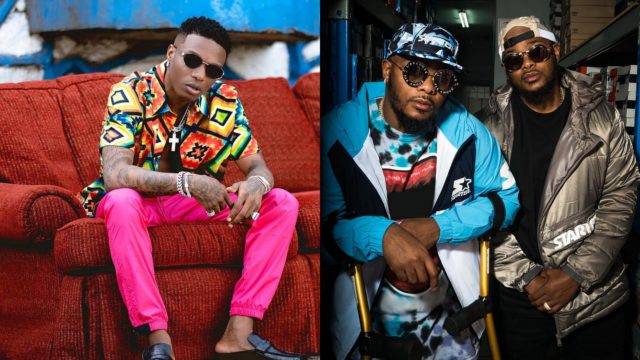 Major League DJz posted a series of videos on their Instagram stories in the early morning of Wednesday, the 26th of May 2021. Some of the videos showed the duo of Banile & Bandile Mbere hanging out with Wizkid at an unknown location.

More videos showed Wizkid apparently singing into a mic inside a studio.

This is not the first time Wizkid is collaborating with South African acts, however, the singer has a plethora of features with South African artists, most notably "Soweto Baby" by DJ Maphorisa & "Roll Up" by Emtee alongside AKA during his awesome 2016 run.

Major League DJz are known mostly for revolutionizing kwaito music into modern urban culture of music. This is also not their first time working with a Nigerian artist, having worked with Patoranking on "Do Better" alongside Riky Riky & Kly.