Tanzanian singer, Diamond Platnumz released the teaser to his forthcoming song recently and Wizkid fans want to know why it sounds a lot like 'Essence' 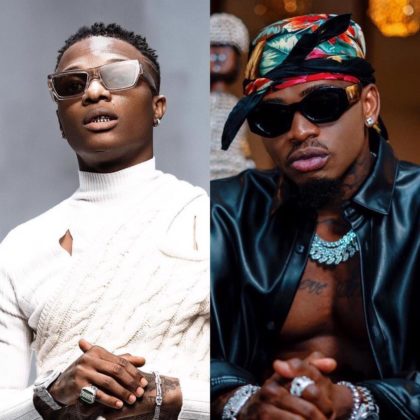 Diamond Platnumz posted a video teaser of the new song via his Instagram page on Friday, the 18th of June 2021. He was singing along to the song in the car with his new girlfriend. However, the beat to Diamond Platnumz' new song sounds a lot like the beat of Wizkid's 'Essence' which features Tems. This prompted Wizkid fans to storm his comments section and Twitter, seeking clarification. The singer captioned the post, "ETI Are you LOYAL?" 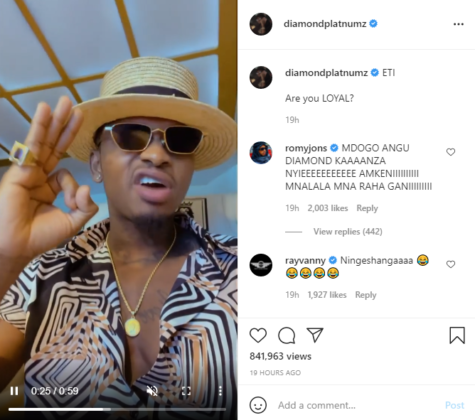 Fans of Wizkid called for the Diamond Platnumz song to be investigated. Some of them said it's not the first time the Wasafi Music boss will move on Wizkid's sound. Twitter user @itzbasito warned that Diamond Platnumz had better not drop the song if it's truly a sample of 'Essence'. He writes;

If Diamond Platnumz sampled Essence on that without Wizkid’s consent or any clearance, he had better not drop that song if he hasn’t already, he wouldn’t want to face the consequences, he should ask Diddy, he knows better.

Another Twitter user, @lyricalsteam called for Wizkid himself and the RCA label to look into the issue. In his words;

Somebody needs to stop Diamond platnumz.

Wizkid’s management and the RCA team particularly have to do something about him stealing their records. First, it was joro; now it’s Essence.

He did the same to Naira Marley's record! 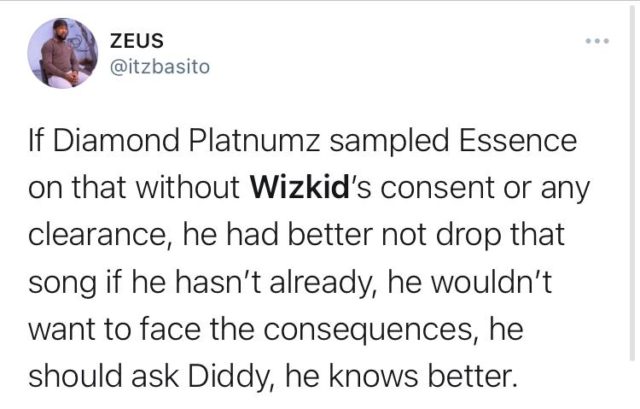 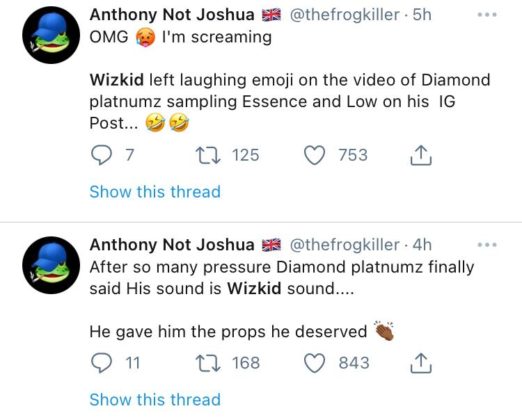 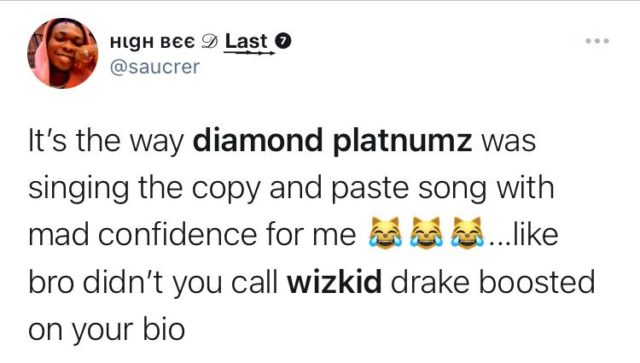 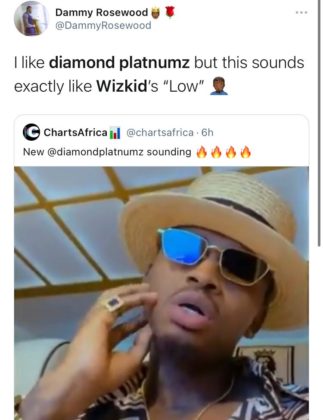 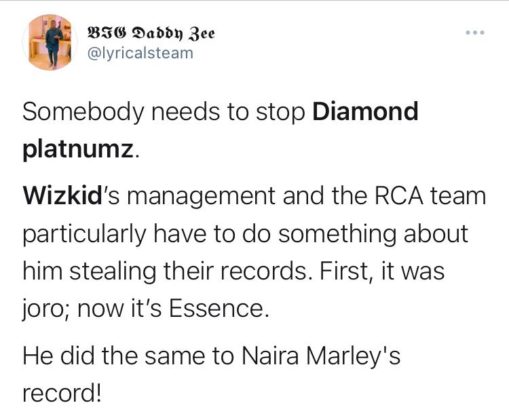 Wizkid fans were further convinced they were right when the singer made a comment under Diamond Platnumz' original post. He simply dropped a laughing emoji but the fans believe he is referring to the Tanzanian singer infringing on his sound. It will definitely be interesting to see where this story develops into.

Interestingly enough, both artists are nominated for the Best International Act category at the 2021 BET Awards which will take place on Sunday, the 27th of June 2021.