Nigerian producer, Samuel Oguachuba, better known as Samklef, has got tongues wagging on Twitter with his lewd post that appears to pit music superstars, Wizkid, Davido, and Burna Boy against one another. 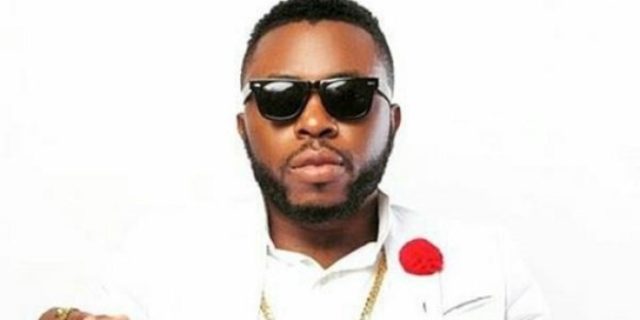 In the early hours of Wednesday, 2nd June 2021, Samklef took to Twitter to post an image with penises individually labeled ‘Davido’, ‘Wizkid’ and ‘Burna’ and himself, ‘Samklef’, asking his unmarried female fans to choose which suits them. 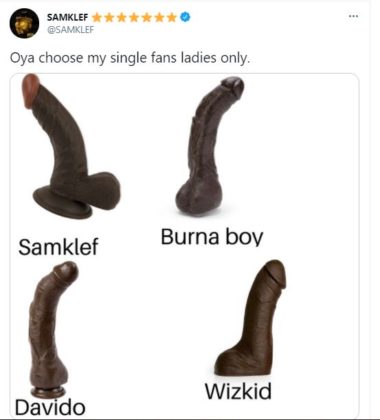 The post saw Samklef make it to Twitter trends as Twitter users gave several interpretations to the image with some suggesting that Samklef was trying to say that he had more ‘balls’ than the artistes.

READ ALSO: #IamIgboToo: Here’s How M.I. Abaga Is Calling for Solidarity for Igbos

Fans of the artistes also came for the producer for trying to represent their favorites in a derogatory way while others felt it was too early for such lewd content, as they felt Nigerians had more serious issues to contend with.

Despite the criticisms, Samklef appeared to be enjoying the attention as he told commenters to look up to President Muhammadu Buhari as their role model, not him.