Nigerian superstar, Wizkid is set to stage a headline concert in Lagos this December and he has revealed the much-anticipated dates and ticket details for the showcase.

Wizkid has announced three different concerts that he will be headlining in Lagos this December as well as another concert in Warri. He revealed this via his Instagram stories on Saturday, the 13th of November 2021. 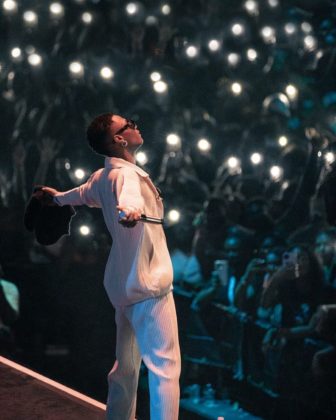 Wizkid has been on a world tour for his Made in Lagos album, and has just completed a trip around the United States performing in different states. The international superstar will perform in Europe on tour briefly this month before heading to Nigeria to take on the “Detty December” proceedings.

Wizkid has now unveiled the dates for three concerts he will be headlining this December in Lagos. The first of those shows will be the Pinaza Music Festival in Warri on the 18th of December before heading for the Livespot Festival in Lagos on the 19th. Wizkid will then headline the Flytime Music Festival on the 21st before rounding up his December schedule with Vibes on the Beach at Landmark Beach.