Wizkid has revealed that he will soon embark on a tour for his latest album, "Made In Lagos" and he wants to know which cities he should visit when he gets on the road. 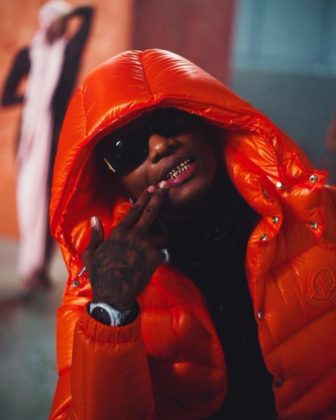 Wizkid posted a cryptic photo on his Instagram story on Monday, the 31st of May 2021. He captioned the photo, "MadeinLagos tour 😍... who ready for dates? 😇❤️🖤🦅". Almost immediately, the singer started getting DMs from fans asking him to come through to their cities. He posted some of the screenshots and even managed to confirm that South Africa, United States, and Accra are on the list. He even hinted that the date for the Accra visitation will come in December.

READ ALSO: Wizkid's 'Made in Lagos' Among Vogue's Best Albums of 2020

This will be Wizkid's first tour since dropping the much-acclaimed "Made In Lagos" album last year October. The lockdown on concerts due to the coronavirus outbreak made it virtually impossible for artists to tour or perform live. Now that it's almost over, Wizkid is now making plans to take the album around the world to his teeming fans. If you indicate your city, you just might be lucky to have the singer come around.