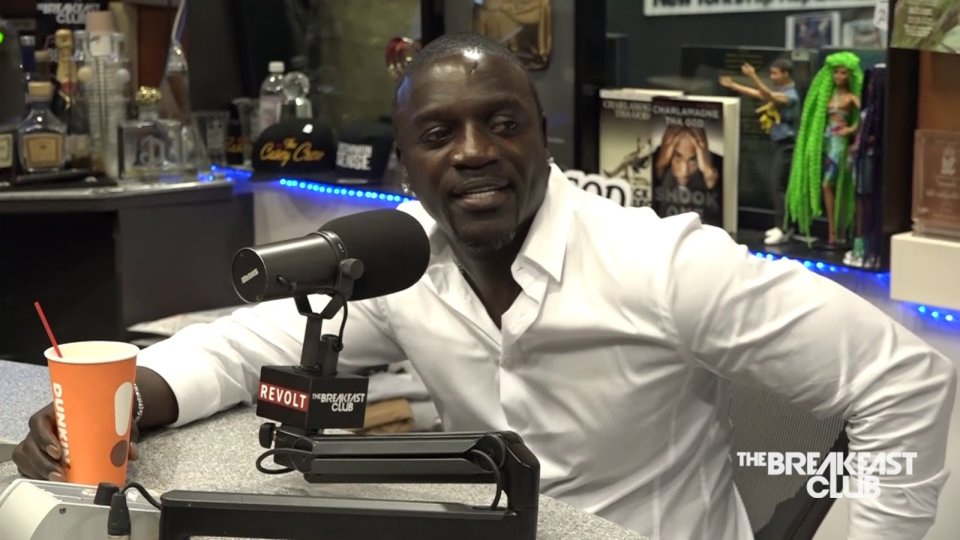 In a recent interview with DJEnvy, Angela Yee and Charlemagne Tha God,  Senegalese American singer, Akon revealed he signed Wizkid, Davido and Psquare in 2008 when "he came to Africa to build the afrobeat scene".

This information was made public when Akon was asked about leaving music and he said;

No no, I never left music alone, coz when I was in Africa I was building the afrobeat scene. when I first went out there in 2008 ... I signed Wizkid, and I was doing a lot of consulting for a lot of artistes. I singed Davido, Psquare.

When asked if he truly signed Davido, Akon responded with;

Yea, Davido, that's' my little brother. Davido is originally from Atlanta and he started his music career from Atlanta and he said you know what, there's too much of a struggle here, let me just go back home. He went home and just popped off like this (snaps finger)... what I love about Davido is that he's an independent artiste... he came with the US hustle and brought it ti Africa.

Speaking of the kind of contract he signed with Wizkid and Davido, Akon revealed they were no paper signing, rather they just shook hands and made a deal. According to Akon, contracts don't exist in Africa, all you need is just to shake hands for a deal to be struck... (Nawa o). He said;

In Africa, contracts really don't exist, you just shake hands... especially in Nigeria, there's no contract being honoured. And me and Davido we never had a contract... it was just like a big brother kind of deal... just walk him through some things, advising, and things like that.

Speaking of why Afrobeat is now as big as it and why people are gravitating towards the sound now more than ever, Akon said;

What you're hearing today is Afropop... it ain't quite afrobeat. afrobeat beat was more what Fela did, Fela created Afrobeat, which is more traditional, drums, rhythm, culture, the younger generation took it and moved it over to the more cross over rhythmic sound... add more melody"