Twitter Nigeria had who to feast on this morning and unfortunately it was American rapper Bia due to a comment she shared in a live video about Wizkid, Davido and Burna Boy. 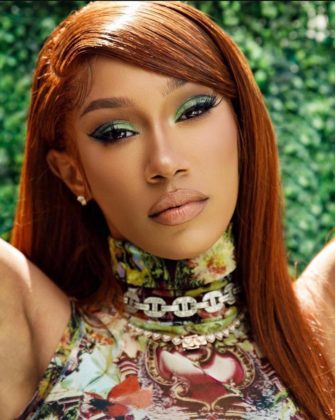 The American rapper in a live video with prolific American rapper and singer Nicki Minaj stated that she does not know what Afrobeats giants Wizkid, Burna Boy and Davido look like after Nicki mentioned their names in the conversation.

Reacting to her comment, today 9th of July 2021, Twitter NG in their usual self bashed the female rapper, claiming that they don't know her either. See some of the comments below. 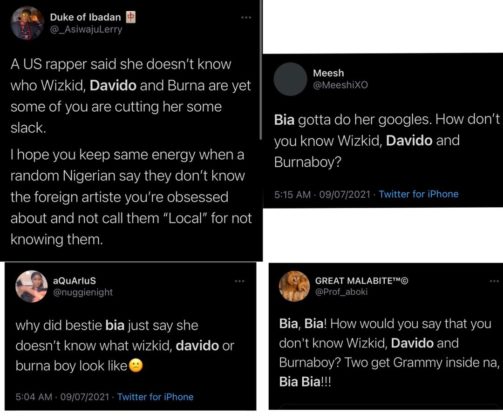 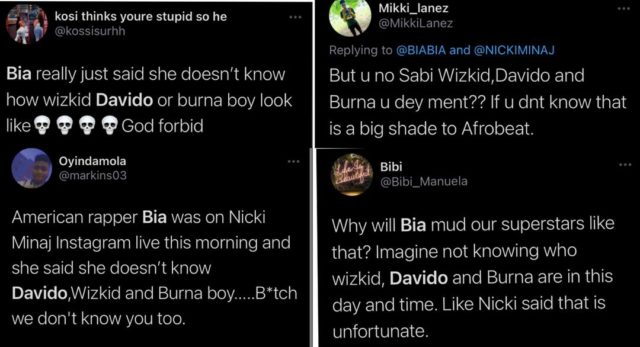 However, Bia, after getting a taste of Nigerians, took to her twitter page to apologize, claiming that she only said she doesn't know what the Afrobeat poster boys look like, not that she doesn't know their music. 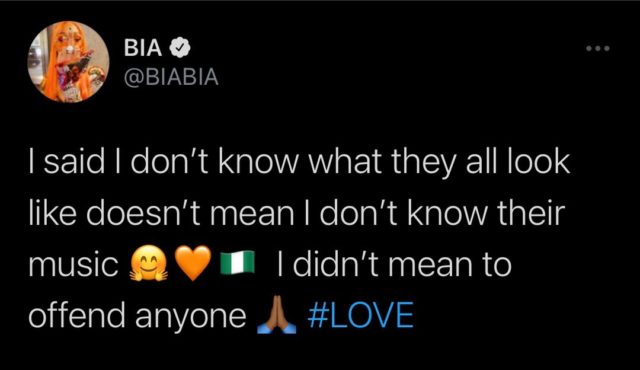