Tiwa Savage Is Working On Her Album – Reveals Her Kind Of Man ? 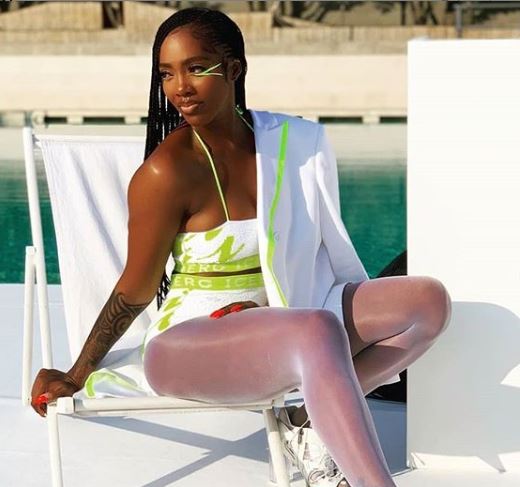 Universal music artiste, Tiwa Savage has revealed that she’s already working on her album for the year 2020.

According to the ‘One’ singer, this album is already in the works and she’s looking forward to being done with it by November.

This news was made public on the 9th of October by the singer on her latest interview with Olisa Adibua and Osi Suave on BeatsFM 999 where she also stated that aside 49-99, she’ll also be releasing another single before the year runs out while the album will be released in early 2020.

I’m actually working on recording and that’s why I’m so tired coz I was at the studio all night. So I’m hoping to finish by November. I’ll be putting out an album first quarter of 2020.

The 49-99 singer also opened up that she still does a lot of the Mavin crew and will be dropping a new song with Korede Bello really soon, plus her kind of man which she says doesn’t have to be wealthy but intends to achieve but also shouldn’t be too ambitious.

@tiwasavage on the #MorningRush with @osi_suave x @olisaadibua as she discusses her current and upcoming projects, getting an international deal, personal issues and of course if she is dating wiz or what kind of friends? ???