#WizkidAt31: "Your Distinction Is on Levels" - Read Terri's Birthday Message to Wizkid

Starboy records singer, Terri has sent out a message to his mentor and boss, Wizkid on the occasion of his 31st birthday today.

The singer shared the message via his Instagram page on Friday, the 16th of July 2021. In his message to Wizkid, Terri wished his boss a very happy birthday, saying he has never met anyone quite like the 'Ojuelegba' singer. 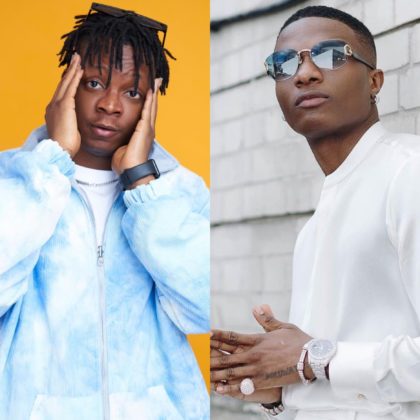 Terri went on to hail Wizkid in his birthday message, calling him words like "Don" and "Warrior". He said Wizkid was not at all what he thought he would be and likened his words to that of a prophet. Terri wrote;

I have never met a person Like you, probably never would, your distinction is on levels , before I met you everything I imagined you to be was a joke! You a soldier ! A don! A king! A warrior! You say a thousand words in a sentence, in a statement, almost like a prophet this man 😂😂! I love you too much it’s crazy! Happy birthday my king 👑 @wizkidayo ! 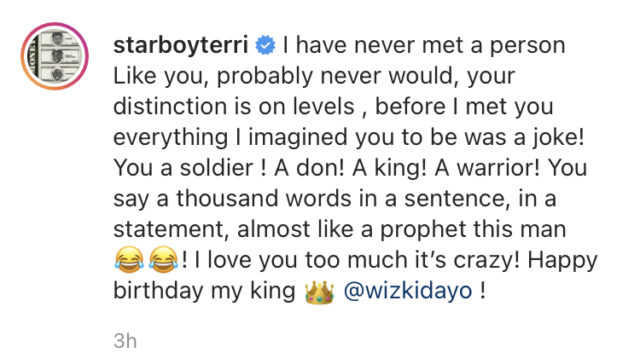 Interesting enough, the day Big Wiz signed Terri is also the day he announced the 'Made in Lagos' project but as an EP. In true Wizkid style, we had to wait two more years before we finally got it as an album. Terri's birthday message shows just how instrumental Wizkid has been in the growth of the afrobeat popstar. His latest single, 'Money' featuring Mohbad and Bella Shmurda is doing quite well on the charts.