Veteran Nigerian singer, Olanrewaju Fasasi popularly known as Sound Sultan passed away yesterday and has been laid to rest according to Muslim rites. 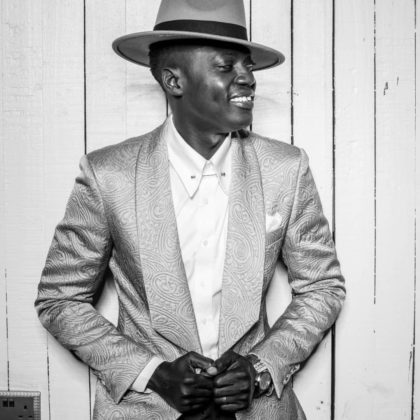 The singer was buried on Sunday, the 11th of July 2021, not less than 24 hours after his passing. A video of Sound Sultan's remains been laid to rest in the United States was shared via Instagram. The singer's coffin was lifted by a forklift and placed into the freshly dug earth in the cemetery. Veteran rapper, Olamide, who is also currently in the United States was present at the funeral as well as Lamboginny.

Thousands of eulogies have trooped in on social media since the singer's death was announced, especially from his close friends. A good number of them would have wished to be present when Sound Sultan was being laid to rest. However, they all showed their love for the legendary singer in their own ways from miles away in Nigeria. Singer, Johnny Drille wrote about Sound Sultan;

Just yesterday I thought about you and hoped you were doing better but seeing the news today hit me the hardest. It’s really hard to believe the news but looks like it is true 😞

Today I choose to celebrate you for the greatness that was Sound Sultan, you’ve left such a mark with me as an artiste and a person, and the world at large. I was privileged to work with you on both Jungle Story and Motherland remix, honestly it was a dream come true and I respected you even more for being such a humble soul.

The music you made was special and listening to you as a kid was such an inspiration. You’ll always be an inspiration to me and more, your legacy will live forever, we will make sure of that.