From Basketmouth, Wande Coal, to Daddy Showkey and Others - See Reactions Trail to News of Sound Sultan's Death

Veteran Nigerian singer, Sound Sultan's death was announced this morning and since then, the reactions coming in have been very emotional.

Sound Sultan was announced dead via a press release from his family on Sunday, the 11th of July 2021, and since then, fans all over the world, and friends have expressed sincere shock and disbelief with their reactions. 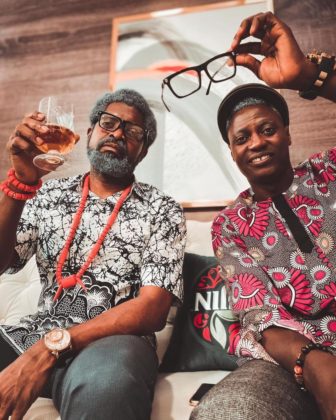 Basketmouth, his very food friend took the news really hard. He shared a dark photo on his Instagram page before later coming back to post photos of himself with Sound Sultan with the caption:

For over 20yrs, not once did I see you lose your cool, a wise man, a humble man, kind hearted…a true definition of a good friend.

I will definitely miss those very early hours of the day that I will call you and share my crazy ideas with you, while taking notes as you throw in your genius touch.

You were selfless, discipline and professional, unarguably one of the best writers I’ve seen, a brilliant actor, musician and even though you never did it…you were one of the best comedians I’ve ever seen.

One of the most creative humans I’ve ever met, extremely intelligent, with so much love to give.

We lost a good man today, we lost a great man.

You were the best of us all and I will miss you so much.

I love you Salty Salty. @soundsultan 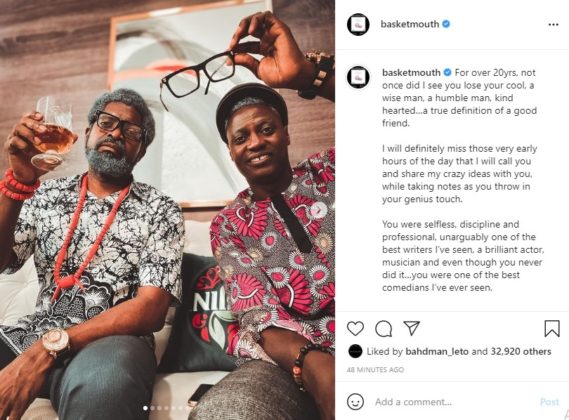 Other reactions that have come in since the death of Sound Sultan have been in the same form. Daddy Showkey made a video in disbelief, exclaiming repeatedly and saying the words, 'Na Lie!'. Wande Coal wrote on his page, "💔 RIP Egbon mi.. No words 💔 Thank you for everything 🕊🕊🙏🏽". 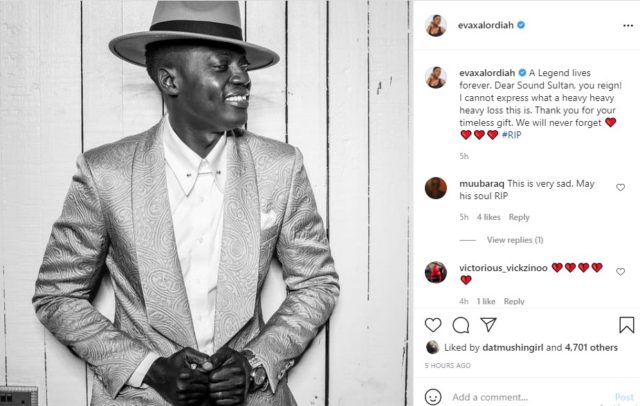 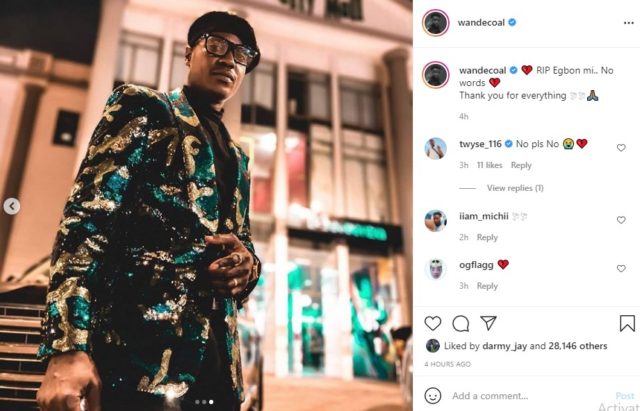 Kemi Adetiba Has this to say 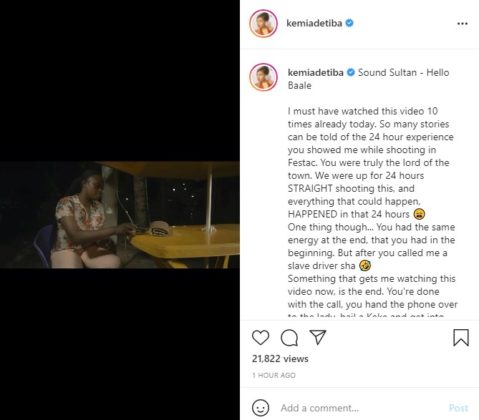 Kemi Adetiba penned her reaction to His Departure

Rapper, Vector wrote this about SS 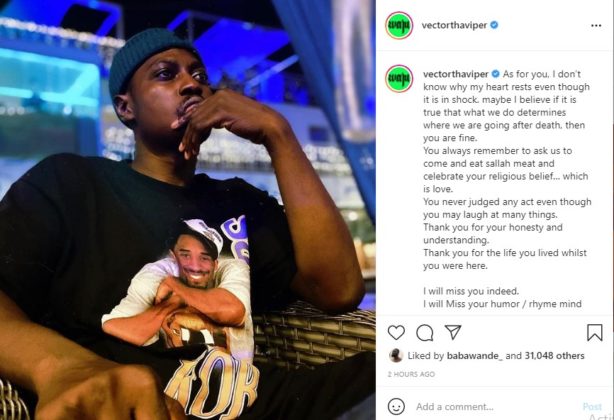 See What Vector wrote about SS 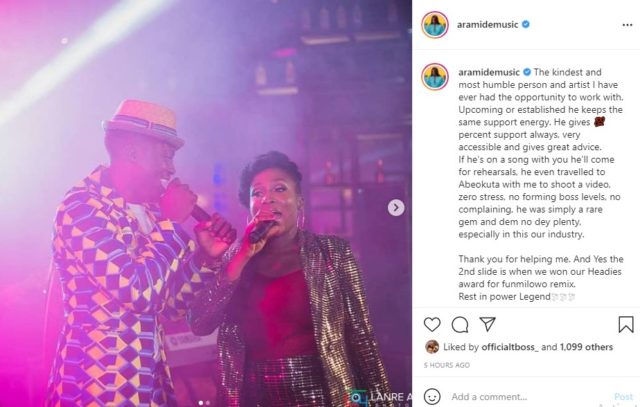 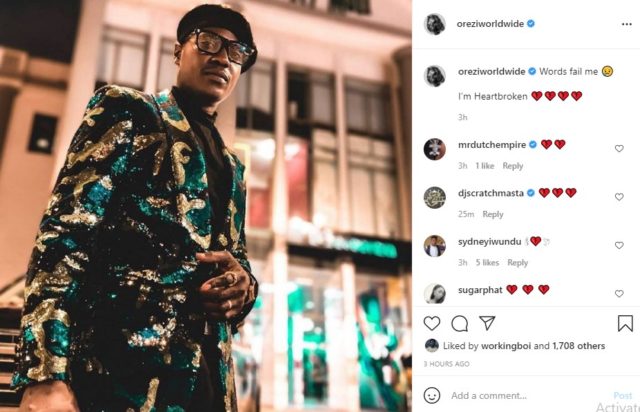 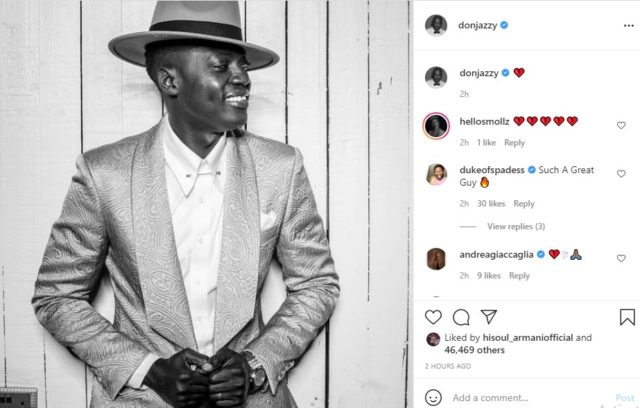 Don Jazzy on the death 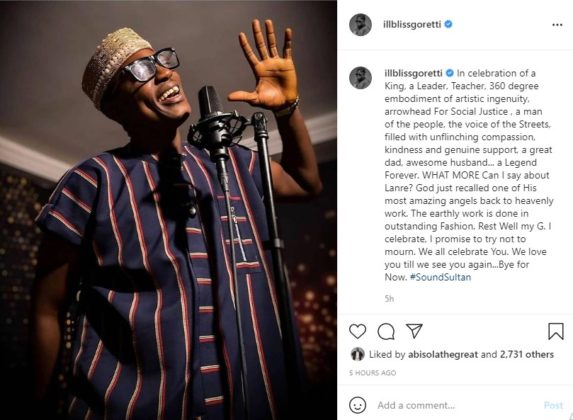 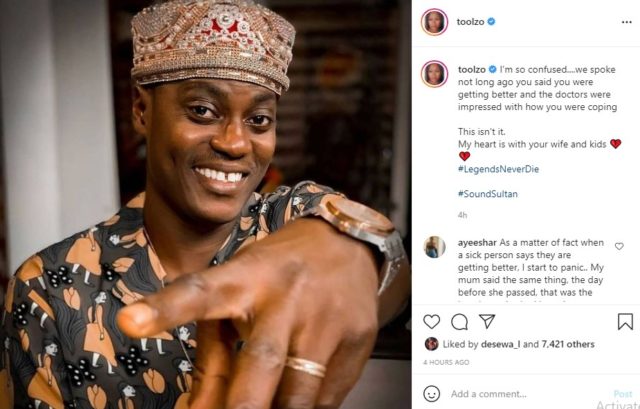