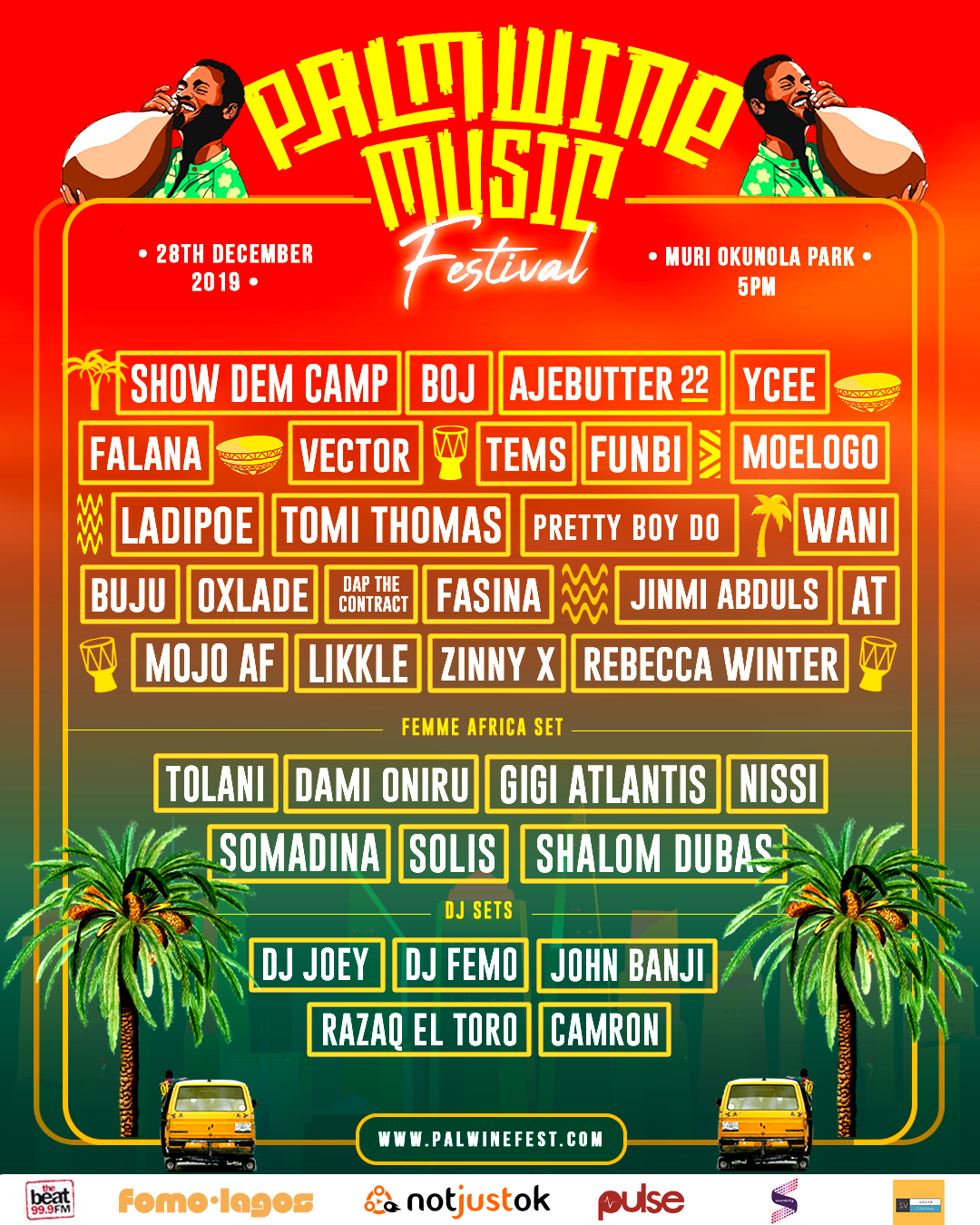 The Show Dem Camp Crew (made up of Tec & Ghost) have finally made up plans for the 2019 edition of the Palmwine Music Festival.

The veteran alternative crew whose brand new album "The Palmwine Express" is currently doing some crazy numbers, are set to go on a roll again with a never-seen-before concert which will be talked about for a long time to come.

The event, which is taking place on the 28th of October at The Muri Okunola Park, Victoria Island, is set to experience some major performances from some of your biggest acts - Vector, Ycee, Ajebutter22, Tems, Moelogo, Ladi Poe, Oxlade, Buju, Jinmi Abduls, Tomi Thomas and many more.

On the wheels of steel will be DJs - Joey, Femo, Camron and others.

Time for the event is 5pm and tickets could be purchased at www.palmwinefest.com

STREAM "The Palmwine Express" Album Below