Ghanaian dancehall singer, Shatta Wale revealed in an interview how he took advantage of his political connections to facilitate his presence at the video shoot with Beyonce despite the Covid19 nationwide lockdown in Ghana. 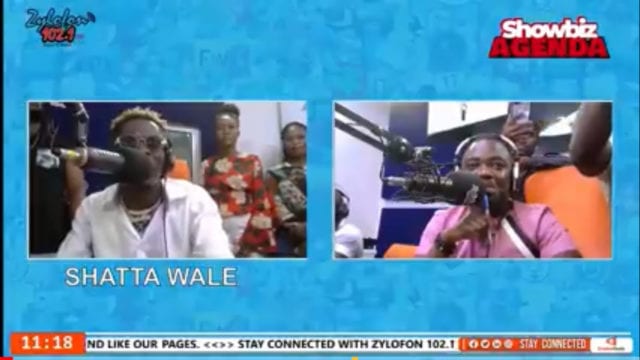 Shatta Wale revealed this during his ‘Zylofon fm’ interview in Ghana and explained why he couldn't entertain the idea of not making it to the video shoot collaboration with Beyonce. The banger ‘Already’ was featured on Beyonce’s African star-studded album ‘The Gift’ and ‘Black Is King’ film.

During the interview, Shatta Wale boasted of maximizing his executive privileges to leave the country despite the nationwide lockdown, he said:

Anywhere his excellency can pass, I can as well. I swear, I carry myself in a way that when I say they (government officials) should write a letter for me, they will give me VVVIP pass, I can even park in a termac and sit on top of the flight. I have privileges around me so when people wonder about how I traveled in spite of the close borders. I just smile. If something is important for Ghana, our leaders will help unless if you don't approach. Our leaders are always there.

Self-acclaimed ‘Dancehall king’ further expressed his personal secrets to maintaining executive relationships and how much of a big deal it was for him to be present in Beyonce’s video collaboration. In his words:

There are a lot of things happening out there that people take for granted. Like for me, when you introduce me to Mr. So so and so, I want to keep a relationship, I want to share ideas so, me shooting a video with Beyonce was koko for me. I had to visit here and there to make it happen.