Nigerian singer and Flyboi Music CEO, Kizz Daniel has returned to the big screen once again with a new single titled Lie and we have the early reactions for you.

Kizz Daniel fans stormed social media with reactions to his latest single, Lie which dropped on Friday, the 6th of August, 2021. 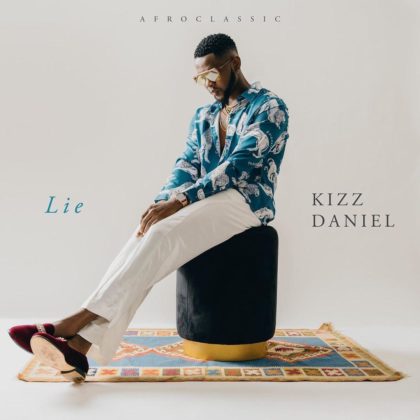 After giving us the highly impressive record 'Flex' back in February, Kizz Daniel returns with another number. This time, he tries to convinces his love interest about his truth with the subtle declaration "everybody know say me I no dey lie."

Co-produced by talented music producers Philkeyz and Blaise Beatz, 'Lie' will serve as Kizz Daniel's second official single for the year. A path to his forthcoming project which we might be getting later this year.

Among the reactions to Kizz Daniel's new single Lie, some fans called for the singer they were ready for him to stage a concert. Other fans simply gushed about hose beautiful the new single from the singer was sounding. Twitter user @DammyRosewood said, "Just heard the new Kizz Daniel song, I'm ready for a 2021 Kizz Daniel concert too".