Saskay Has Been Evicted from #BBNaija Shine Ya Eye

Saskay has become the latest victim of the BBNaija voting system as she was evicted from the show during tonight’s live show.

During the live show, Ebuka announced Saskay as the latest evicted housemate just minutes after doing same for Yousef. The live show was held on Sunday, the 19th of September 2021. 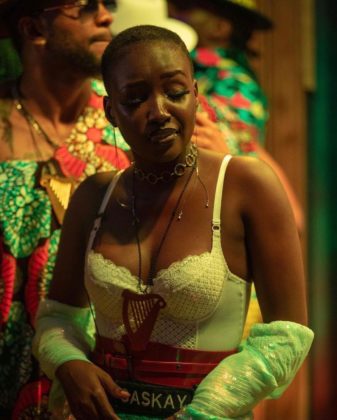 Speaking to Ebuka after the eviction, Saskay said she felt relieved when she was told to leave the house. She said she felt bad when JayPaul left the house because he treated her well when they were together.

READ ALSO: #BBNaija: Yousef Has Been Evicted From the House

After getting evicted from the BBNaija house, Saskay also said she doesn’t know what will happen with JayPaul but they’ll see where it ends. Saskay was involved in a love triangle with JayPaul and Cross, and was accused of leading them on. That was until she decided to stick with JayPaul, shortly before he got evicted himself.

A 21-year-old artist and model from Adamawa state, she claims to be bursting with talent and knowledge and is a fan of food, and doesn’t like loud people.

Saskay claims to be emotional with a hard guy facade. She has a boyfriend but seems ready to see how things go.