Saga, Nini and Queen Have Been Evicted from #BBNaija Shine Ya Eye

A triple eviction has been made in the BBNaija house this evening, with Saga, Nini, and Queen joining the list of evicted housemates this year.

Nini, Saga, and Queen were evicted from the BBNaija house after gathering the least amount of votes in the latest round of voting. This happened on Sunday, the 26th of September 2021. 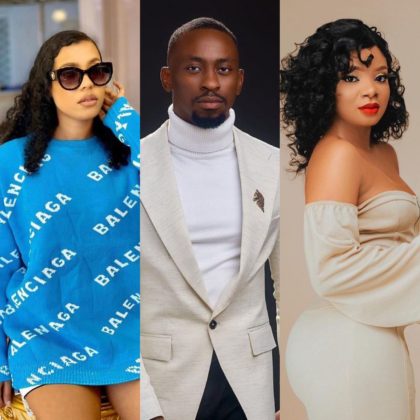 The first eviction of tonight turned out to be fake, as Pere was asked to leave the house but was directed to another section of the house to await further instructions. Queen was the first evicted housemate tonight and during her post-eviction interview, she told Ebuka that she’s open to whatever happens between her and WhiteMoney after the house.

Apart from Queen, Saga and Nini were also evicted from the BBNaija house but that was probably expected by now. Fans have been expressing their dislike for Saga’s obsessive nature over Nini in the house. He has been doting on Nini ever since they got in the house, but the affection has not been returned so far. Till the end, Nini insisted that she has a boyfriend and nothing was ever going to happen between them.