DJ Swizz and DJ Jamsmyth were the latest disc jockeys to perform for the BBNaija housemates in this season’s party series.

DJ Swizz performed first on the night for an hour, before DJ Jamsmyth took the reins for the final hour of the BBNaija party. The party was held in the house on Saturday, the 25th of September 2021. 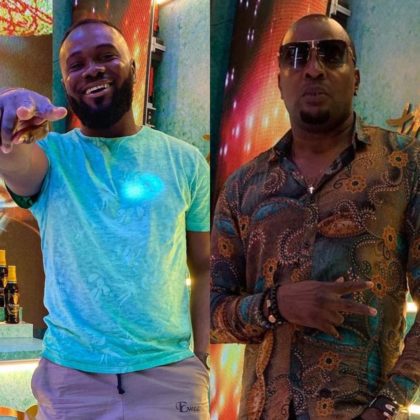 Saturday nights parties are always a treat for the housemates after a long week and this one was no different. Saga and Nini, as usual kept to themselves at the start of the show. However, they suddenly drifted apart. dancing with other housemates for the remainder of the show. WhiteMoney and Queen were also dropping some cool couple vibes as they were seen cuddling and sneaking kisses throughout the party.

Last night’s BBNaija party saw the housemates do major damage to the dancefloor, no thanks to the incredible mix from DJ Swizz & Jamsmyth. However, Angel who has a row with Pere and Liquorose just before the party kept to herself for the first hour. She however livened up when Cross began to cheer her up and dance with her.