Nigerian rapper and Penthauze Music label head, Phyno has revealed that his fourth studio album will be dropping soon. 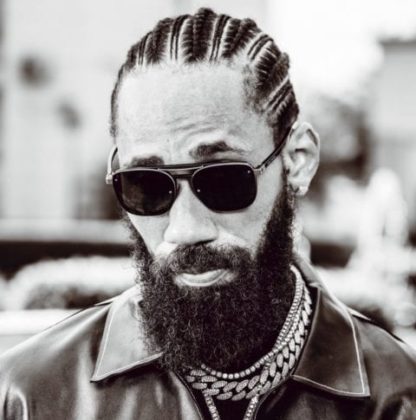 Phyno dropped this information on his Twitter page on Tuesday, the 25th of May 2021. The rapper shared two new photos of himself on the page along with a simple and short caption, "Album 4 ezzz coming!!!". 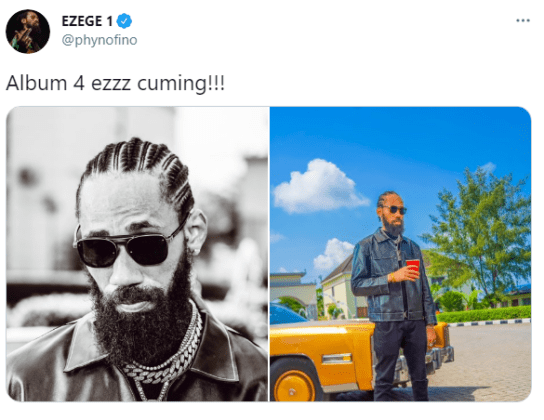 READ ALSO: A Phyno Album Is On Its Way, Here’s Why!

This will be Phyno's fourth studio album after "No Guts Not Glory" (2014), "The Playmaker" (2016), and "Deal With It" (2019). With 3 albums and countless hits under his belt, the rapper fondly called Ezege by his fans is undoubtedly one of the biggest artists in the country. Even though he has not dropped an album in two years, he has kept his fans happy with hit singles like "Never", "For The Money" and features on tracks like DJ Kaywise's "Highway" & Masterkraft's "Egbon".