Nigerian music duo, Ajebo Hustlers have revealed that working with Omah Lay on the song, Pronto was their biggest vibe from the songs on their new album.

The Ajebo Hustlers duo disclosed that their song with Omah Lay, Pronto was a vibe mainly because they were already friends from time. They revealed this in a new interview on Beat FM's Morning rush which aired on Monday, the 26th of July 2021. 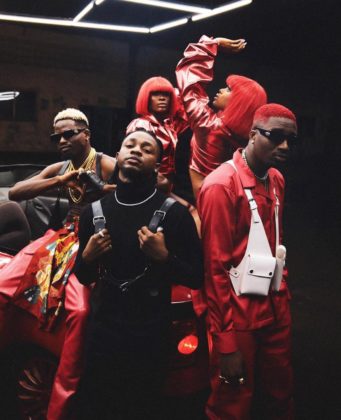 On Friday, Ajebo Hustlers dropped their debut album, Kpos Lifestyle Vol. 1 which was a vibe from start to end and featured Omah Lay and Nissi. When asked what the journey of music has been like for them, Piego responded saying, "It's been great. There's been a lot of hurdles, a lot of challenges but it's been worth it."

They were also asked who the most interesting person they have collaborated and had a full vibe with was, Piego responded again;

I think it was Omah Lay. Because actually, we're friends, so it was easy to navigate that.

Ajebo Hustlers dropped their much-anticipated debut album on Friday, and their vibe with Omah Lay, Pronto which was released earlier was one of the songs on the project. The other song with a featured artist on the project, Symbiosis featuring Nissi was also released last year. When asked what the most difficult thing aboout recording the project, they responded;

It was a bit difficult because we didn't have access to everyone we needed in the room, working there. Everyone was just in different spaces, but we made the most out of it, which is getting beats sent over to us. It was quite different for us because we neve really write. We just get in the zone and just vibe. This time, we had to actually put pen to paper.