Omah Lay, Tems And Her Manager Released From Jail In Uganda

With immediate effect, the chief magistrate court of Makindye, Uganda issued a release order for Nigerian rising stars, Tems and Omah Lay who were arrested after a show and detained since Sunday, 13th of December 2020. 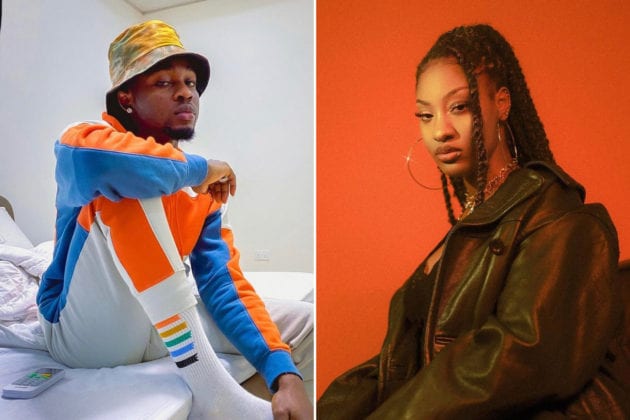 This release order which was issued on Wednesday, 15th of December 2020 covered not only the rising stars, Omah Lay and Tems but also manager, Muyiwa Awoniyi. Part of the release order reads:

The charges against the accused as Stanley Omah Didia, as Temilade Openiyi and as Muyiwa Awoniyi the said accuses persons from your custody forthwith unless held on other charges. 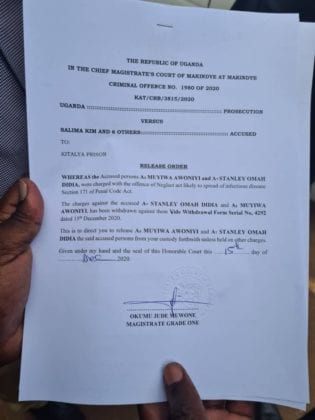 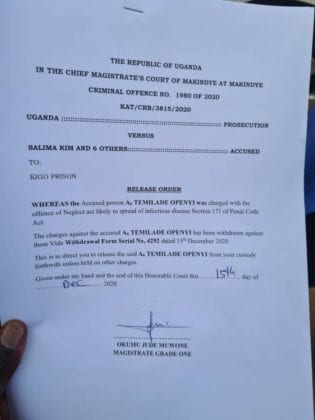 Due to the breakout of the Covid-19 pandemic, music concerts in Uganda were suspended by the government to curb the spread of the virus. However, Nigerian rising stars, Omah Lay and Tems who received their visas and work permits to participate in a concert in Uganda were arrested and detained afterwards.

READ ALSO: Omah Lay and Tems arrested in Uganda with their managers

Since Ugandan entertainers couldn't have events in their country because of the covid 19 pandemic influenced rules made by the government, popular Uganda celebrity, Bebe Cool admitted to calling the police to shut down the event which unfortunately led to arrest of Nigerian citizens and rising stars, Omah Lay and Tems. 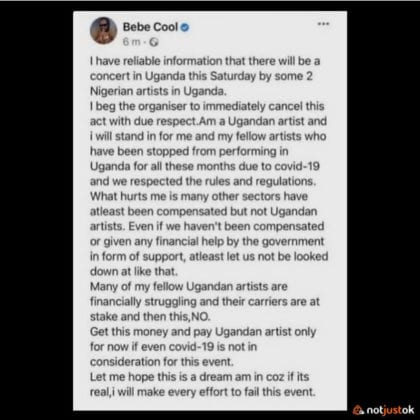 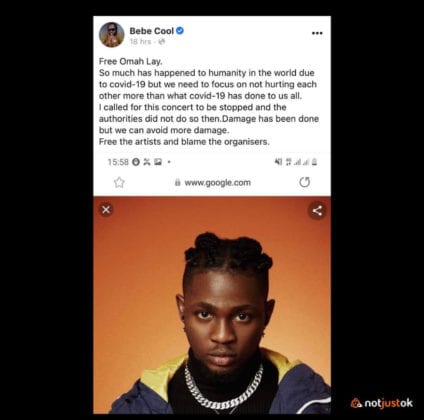