Nigerian singer, Mayorkun has featured on The Recording Academy (Grammy)’s page with a video where he performed the song, Freedom off his just released Back In Office album.

The Grammy’s YouTube page shared a video of Mayorkun performing Freedom off his Back In Office album which was released just last week. The video was shared via Youtube on Sunday, the 31st of October 2021. 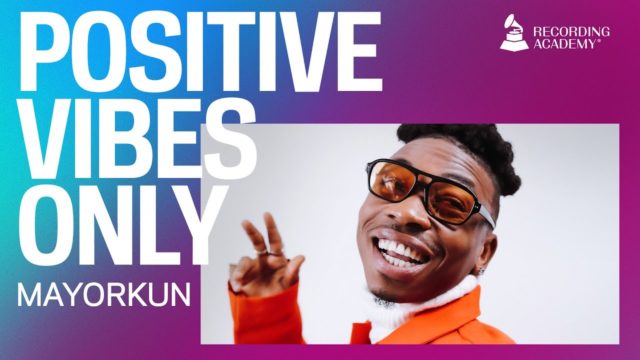 Mayorkun just unveiled his second album today. Previously, the self-acclaimed mayor of Lagos Mayorkun unveiled these sublime tunes; 'Let Me Know', 'Back In Office', and the Victony-assisted 'Holy Father' and all three have been met with rave reviews from critics and fans. The entire album in fact has got fans talking for days with songs like Freedom, Feel Am featuring Flavour and No Strings Attached featuring Joeboy grabbing special attention.

Off the album was also the social-conscious Freedom song which Mayorkun picked for his Grammy performance video. Sharing the video via their Instagram page, the Recording Academy wrote;

Nigerian singer/songwriter and musician @iammayorkun delivers a lively performance of his liberating song "Freedom" in the latest episode of #PositiveVibesOnly. ✨