Mayorkun Reveals He Has Another Song with Victony | WATCH

Nigerian singer, Mayorkun has a video interview on Boombuzz recently where he revealed that Holy Father is not the only song he has with Victony.

In this video interview, Mayorkun tells Boombuzz that his latest smash hit with Victony, Holy Father is not their only song together. The video was shared via Youtube on Monday, the 1st of November 2021. 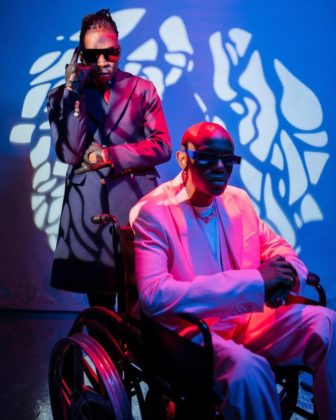 Mayorkun just released his sophomore album, Back In Office last month after 3 years since the release of his debut, The Mayor of Lagos. The album included features from Flavour, Gyakie, Joeboy, DJ Maphorisa, Kabza De Small, and Victony. It is however the song with Victony, Holy Father that has proven to be a standout hit, instantly making it to the top spot on the Nigerian Apple Music chart in next to no time.

In the video interview with Boombuzz, Mayokun also likened his work with Gyakie to that of Victony. According to him, he also has more than one song with her apart from the Desire that made the album. Mayorkun revealed that the additional songs will probably make their respective albums.