Mavin records ace rapper Ladipoe has hit another milestone after the video for his smashing tune with vocalist Simi titled "Know You" hits a whopping ten million views on YouTube. 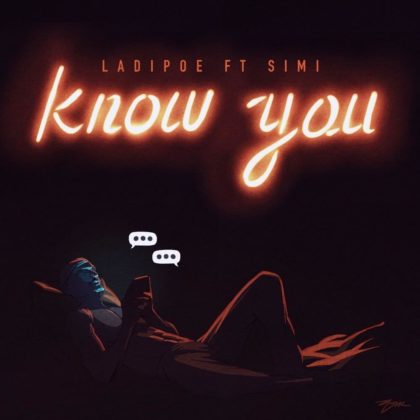 The romantic tune which revolves around the coyness that stops people from admitting their feelings has been a major tune since it dropped. No doubt, Simi's vocal brilliance made the tune perfect.

The muscular rapper who coins his lyrics as 'lifelines' made the news known on Instagram on Sunday, 13th of June 2021. Showing his gratitude to everyone who worked with him on the song, Poe captioned:

Recall that the pop single 'Know You' was dropped during the Corona Virus Lockdown, making it easily go viral with the help of a social media challenge.

Directed by Director DK, the colourful video opens with a gentleman-Ladipoe offering his jacket to a lady that had been drenched in the rain. The duo ended up getting to know each other and their romance began.

Known as the 'leader of the revival', Poe who is constantly making waves, recently shared the success of his latest single "Feeling" on his social media.  In the post, he made it known that the  tune was the number one song on apple music charts in Nigeria and Ghana and had equally hit one million streams on apple music.