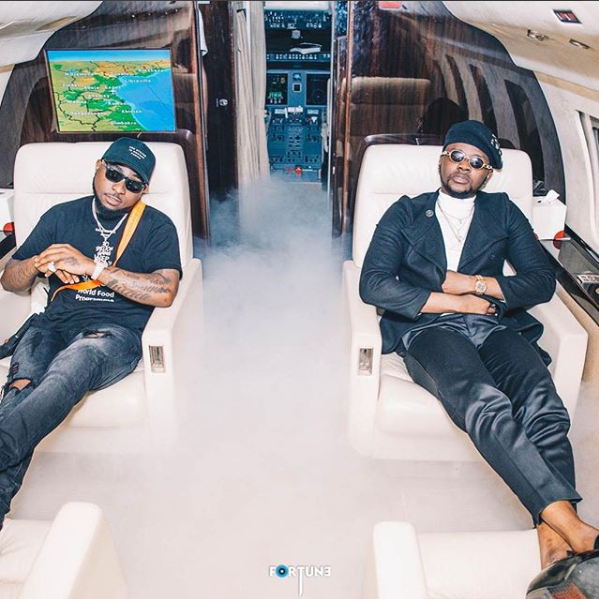 Flyboy Inc is going global as their record, One Ticket, by Kizz Daniel and Davido has hit the number 1 spot on Youtube Nigeria.

The song which features Davido has been making waves since its release on the 2nd of November 2018 topping radio charts and being fans favourite. Kizz Daniel on the 10th of December announced to fans that One Ticket is now the number one song on YouTube alongside Wizkid’s Fever and other international artistes’ songs such as Nicki Minaj and Ariana Grande.

Couple with One Ticket taking the number 1 spot, Kizz Daniel is also number one as the top artiste on Youtube Nigeria followed by Davido, Mr Eazi, Wizkid and Nicki Minaj. Although Nicki Minaj being there should let you know that this list is made up of songs and artistes that are popularly listened to in Nigeria. 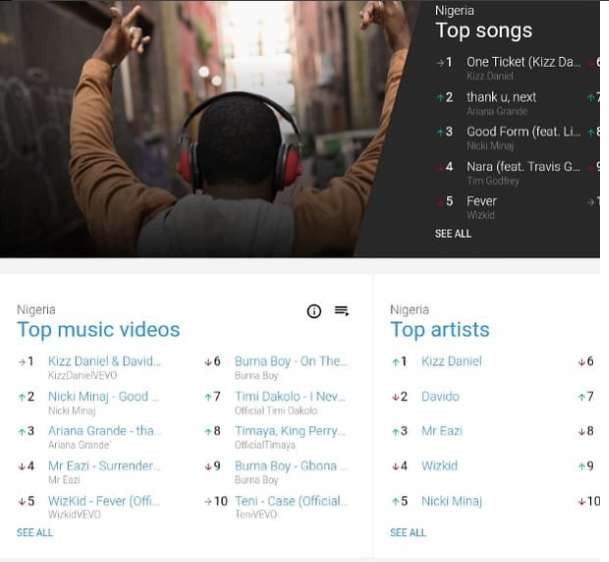 This song is a part of Kizz Daniel’s new album No Bad Songz which dropped on the 30th of November and already on all platforms.