Former BBNaija season 6 housemate, Kayvee has dropped an official statement for his fans following his exit from the show for health reasons.

Kayvee shared his official statements to the BBNaija fans few days after he took an unexpected exit from the house to attend to his mental health. He shared the statement via his Instagram page on Wednesday, the 18th of August 2021. 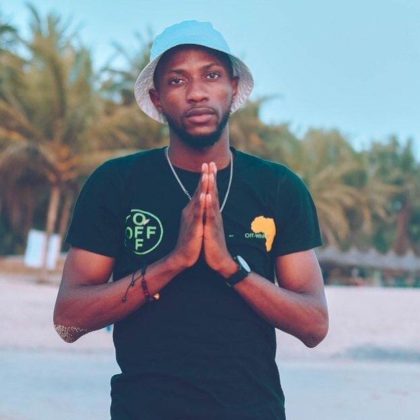 Kayvee's team had shared a health update for the photographer earlier in the week. In the update, Kayvee's team thanked his fans and well-wishers, assuring them that his health is of utmost importance. They also revealed that the photographer was now smiling and wanted everyone to know he is fine. Kayvee's team also announced that he had become verified on Instagram.

In his statement, Kayvee also thanked his fans and the BBNaija family for their outpour of love and support. Explaining the events that led to his exit from this house, he says;

I underestimated the effect isolation would have on my mental health and the integration with the other housemates. I honestly wanted to stay till the 72nd day, and I believe that I have the personality, the empathy, and the game spirit to have made it to the end.

But, certain events happened and in quick succession escalated the anxiety I felt and impacted my being the jovial, energetic, and fun person I am.

Read the Official Statement of Kayvee on BBNaija Season 6 Departure 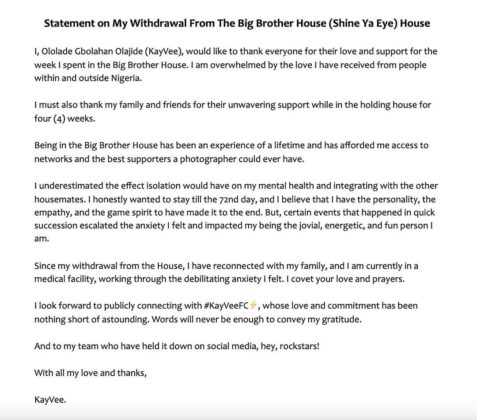