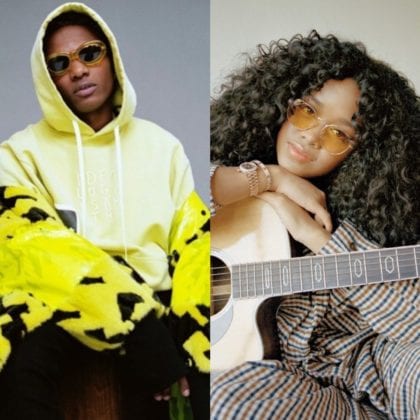 The record according to his announcement will be titled SMILE, a title that has been frequently used recently by him and his popular producer, DJ Tunez.

This announcement was made by Wizkid on Instagram where he posted a photo, clearly stating the title of the record as SMILE, and his caption, carrying the date as "tomorrow"

#WizkidFC are you set? Wizkid is finally coming through for y'all and this time with #HERMusic tomorrow as he clocks 30🥳🥳🥳🎶 Let's see how excited you are 🔥🔥 #afrobeat #music #madeinlagos #afrobeats #music #musiclover #naijamusic #musician #musicvideo #musicislife #musicproducer #musically #musicblog #musicjunkie #wizkid #Hermusic #musicjournalism #Notjustok

It is no doubt Wizkid's fans will be thrilled about the record as they have waited for the longest time for the Ojuelegba star to come through with his most anticipated body of work, Made in Lagos, which fans are also expecting tomorrow, 16th of July, 2020.