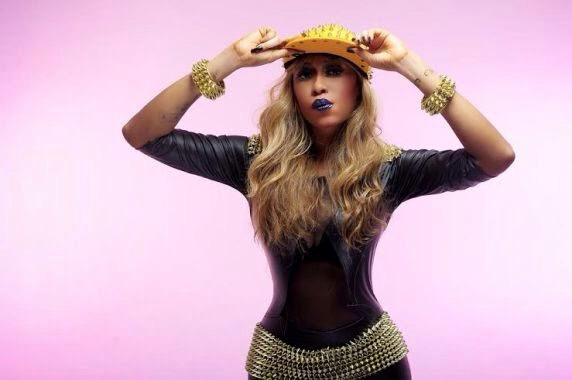 Following the contract release by Jude Okoye which was signed in agreement by Cynthia Morgan, the dancehall star has come out to say that she was silent all the while because, contrary to what people are presently thinking, she is not looking for attention, if not she would’ve sued Jude Okoye when they initially had their issue.

This statement was also made in response to Jude Okoye’s claim of Cynthia Morgan owing him about 40 million naira. According to the Cynthia Morgan, Jude Okoye did not fulfil part of their agreement to ensure she made profitable use of her music skills and benefit from it, rather they (Jude Okoye and Joy Tongo) we’re turning down deals at a point when she didn’t have enough cash to fend for herself, hence if she didn’t have enough to owe him, it means he didn’t do his job enough for her to have as “she was meant to have” at the end of the contract.

I’m supposed to sue Jude actually… I should sue Jude, if he says I owe him, that means he didn’t do his job very well… Coz Cynthia Morgan as a brand was rally big, playing gigs, I could remember gigs that they didn’t take and I was hungry but they’ll be turning down gigs for like 2 million, a million, or more. I could remember a particular gig that Joy turned down, it was about 3.5 and she said it has to be 4 million and if it’s not four million we’re not playing the gig. And I was hungry, dead broke… but I’m not really gonna go back talking about these dead beats, because they’re in my past. People coming out to say I need sympathy, this thing happened like four years ago, if I wanted sympathy I wouldn’t have changed my name, I would’ve come out crying to people… I don’t need Jude, I don’t need Joy, f^$k you!… If I wanted to fight Jude I’ll take it to the court, shebi Instagram na court ni? I wasn’t trying to fight anybody, i was just spilling my truth… I didn’t accuse anybody of anything. If at some point Joy made mistakes, Jude made mistakes, I made mistakes; which I don’t know, but nobody’s perfect and we couldn’t work together coz we’re not destined to work together and we’ve moved on…”

“I should Sue Jude…” – Cynthia Morgan… What do you guys think?????? #afrobeats #music #cynthiamorgan #JudeOkoye #Notjustok