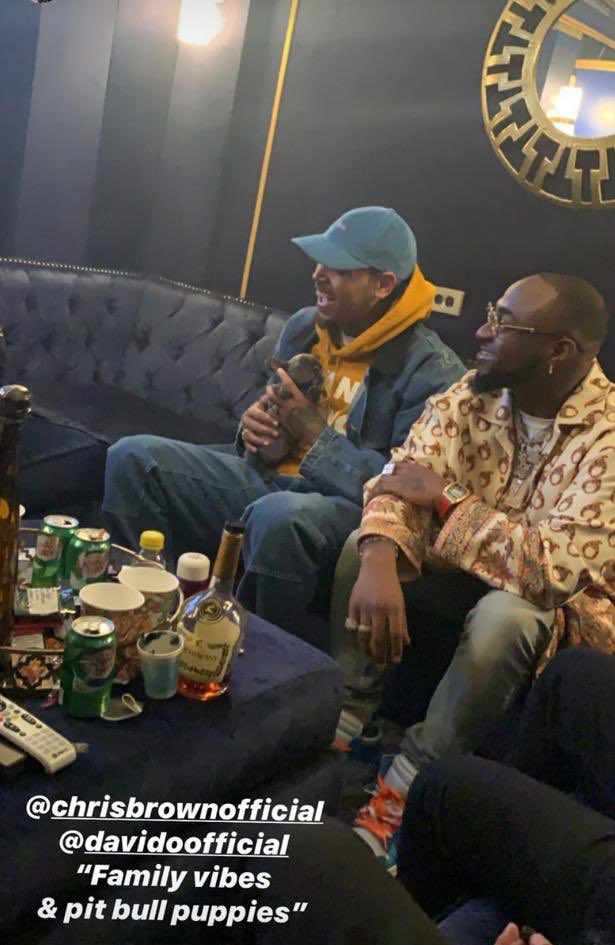 Davido had been touring North America before the COVID-19 outbreak

Every sector has witnessed an adverse impact of the Coronavirus, and the Nigerian Music Industry is not left out. Nigeria confirmed its first case of the Coronavirus, otherwise known as the COVID-19 on February 27th. Sweeping through Asia and into Europe, the virus was first announced in Sub-Saharan Africa by Nigerian Health officials. Apparently, an Italian citizen entering the country showed symptoms. Since then, efforts have been on an increase throughout the country. Awareness of care and how to detect symptoms has been created through social media, newspapers, TV, and radio – basically, all media.

However keenly Nigeria has contained and tackled the COVID-19 pandemic, its toll on economic activity cannot be easily remedied. Globally, as the world forms alliances to tackle this collective enemy, it has encouraged a lot of changes. Workers are being asked/forced to stay at home, corporations and offices are being closed, sporting events are definitely affected, oil prices are dropping, music events and tours are being postponed, etc. There are changes all over the world. 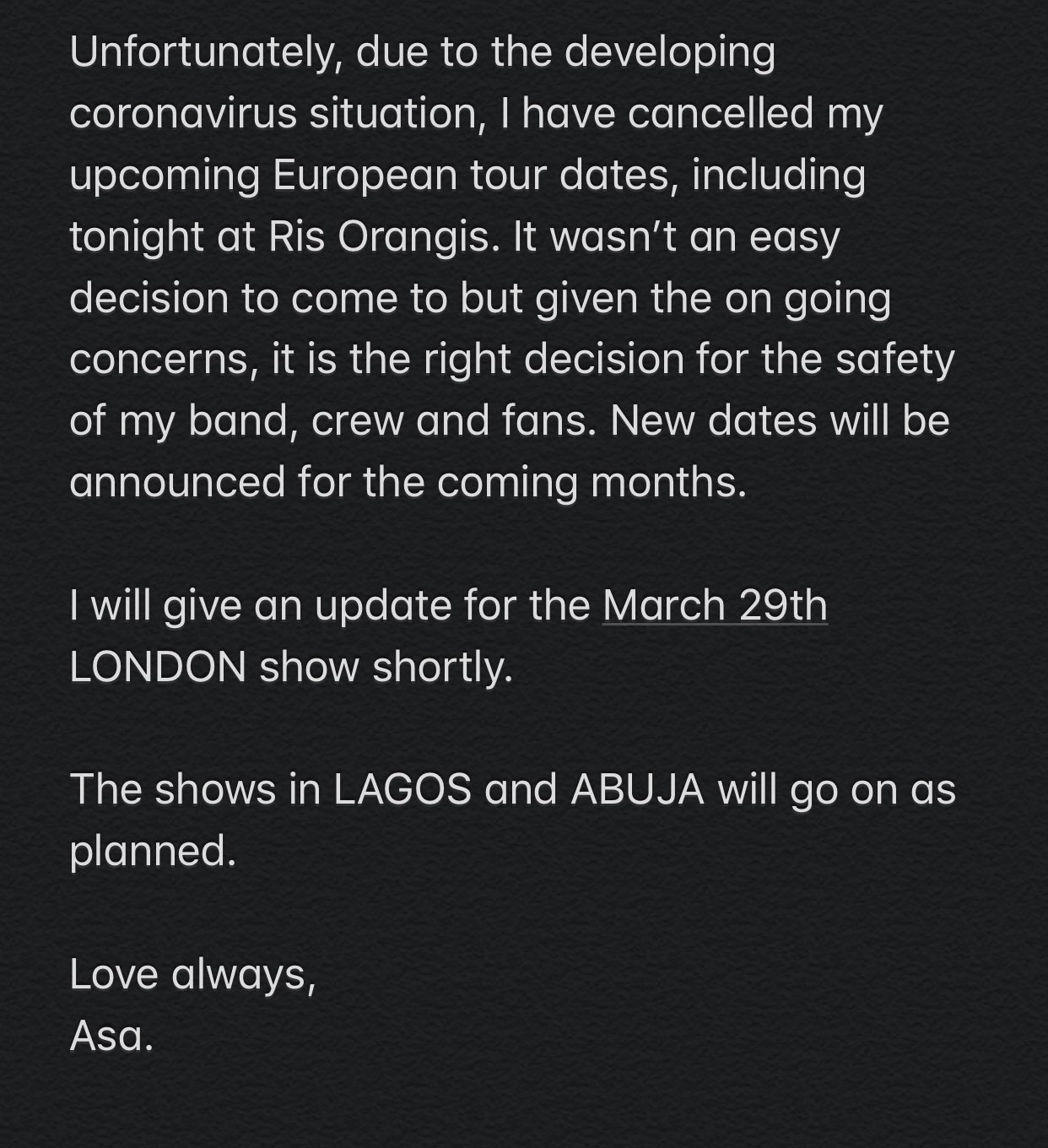 Davido, who'd been touring North America and had sold out the cities of Edmonton, Vancouver, Seattle, Los Angeles, Las Vegas, and San Francisco announced that the rest of his tour was postponed. On social media, the Afropop superstar expressed regret over what had been a successful tour and had seen Chris Brown share the stage with the Nigerian artiste in LA. "I'm saddened to halt what has been a fantastic sold-out tour so far, but postponing is the right thing to do," the artiste wrote, asserting that "the health and safety of my fans and staff are most paramount and nothing else matters. Be safe and see y'all soon! God be with us all!"

Shows canceled because of Coronavirus (COVID-19) by Nigerian music Artistes

More artistes have announced the postponement of their shows, and it is expected that more will continue to do so. Burna Boy, who was to perform in Namibia's capital city of Windhoek on the 4th of April, too, has announced the new development. The artiste was set to thrill the Namibian audience as part of his African Giant Tour, organized by Mindscape Events. However, on March 14th, the Namibian government suspended all public gatherings, including the nation's Independence celebrations which would have held on March 21st. Asa, the legendary Nigerian-French artiste, also on March 14th, announced the postponement of her forthcoming European tour dates. Her duo of shows in Lagos and Abuja – on April 11th and April 13th respectively – will, however, go on as planned.

Global music events have been affected too. The Coachella, arguably the biggest music festival in the world, was also postponed indefinitely. Seun Kuti, the iconic Afrobeat artiste, was the only Nigerian on the lineup of the festival; other artistes on its 2020 roster includes American recluse superstar Frank Ocean, British-Nigerian rapper Dave, the prominent South African DJ Black Coffee, amongst a host of others, from FKA Twigs to Koffee.

The Afro Nation festival which was to be held in San Juan, Puerto Rico from March 18 - March 21 has also been postponed. Many Nigerian artistes were on the lineup of the event co-founded by Nigerian creative entrepreneur Obi Asika. 2Baba, Burna Boy, Davido, Patoranking, and Teni were among artistes who were to headliner the show, a somewhat pan-African attempt at uniting black artists all over the world.

Generally, Nigerians have reacted optimistically to the COVID-19, somewhat confident in how its health officials (and the general public) handled the much deadlier Ebola virus. That isn't to say Nigerians are being complacent: sanitizers spiked in demand and subsequently in prices in the first days of announcing its arrival in Lagos; as usual, hands are being washed and face masks are a regular sight around the country. But there's every reason to be positive that the most populous black nation can, once again, shine as a beacon of hope to the rest of the world in these times.

From us at Notjustok, stay safe everyone, and as provided by Nigeria's Minister of Health, Dr. Osagie Ehanire: