Afrobeats singing sensation, Fireboy DML, has revealed how he made his smash tune, 'Peru' 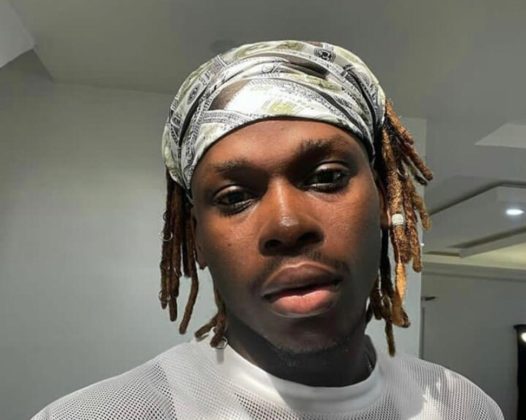 Nigerian talented singer, ace songwriter and performer Adedamola Adefolahan, popularly known as Fireboy DML, has stated that his afrobeats smash tune 'Peru' was a freestyle and, as such, has no thematic meaning.

The 25-year-old superstar is having a run with his latest song, 'Peru' which was produced by ace Nigerian beat maker, Shizzi. The chart-topping tune has spent twelve weeks on the Official UK Afrobeats Chart Top 20, peaking at number one.

In an interview with British-Congolese comedian and show host Eddie Kadi, Fireboy revealed that the song "Peru" was not planned, but rather a freestyle he created in the studio after going there originally to greet Shizzi. According to the ace songwriter, Shizzi played the beat and he (Fireboy DML) got lost in the moment and delivered the smash tune the world is currently enjoying.

Asked what the meaning of 'Peru' is, Fireboy, who stated that he had been running from that question, explained that it has no exact meaning, as the song was built on melodies instead of lyrics.  Fireboy also mentioned in the interview that he has a performance coming up for his UK fans in Manchester soon as well as his third album.

The Official UK Afrobeats Chart Top 20 is the United Kingdom’s biggest Afrobeats songs of the week based on sales and streams across a seven day period, compiled by the Official Charts Company.

Listen to the Interview Below