Gyakie Reacts To Assumption of "Having an affair" With Wizkid

Ghanaian singer, Gyakie has responded to assumptions by some part of her fanbase that she is having an affair with Nigerian superstar, Wizkid.

Gyakie felt frustrated when a certain section of her fans pressured her to know if she was having an affair with either Wizkid or Omah Lay. The singer was responding to questions by fans via her Instagram stories on Tuesday, the 20th of July 2021. 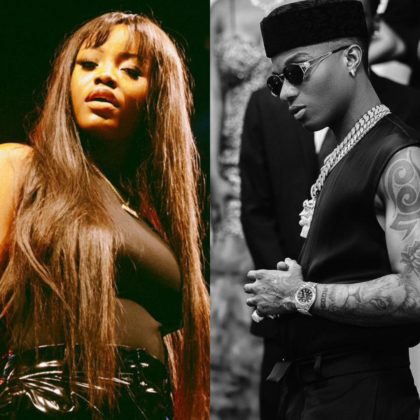 One particular fan asked Gyakie, "I can see you feel Wizkid. Are you having an affair with him?" Obviously disgusted by the reply, the singer asked if it is a crime to work on a song with a male artist. She wrote;

why would you ask me something like this hun? is it impossible to make music with a male artiste?

The singer also revealed she has a song in the works with fellow Ghanaian artist, Kwesi Arthur. One fan asked on her Instagram story, "Kwesi Arthur collab?" to which she replied, "yes it's done ⚡" 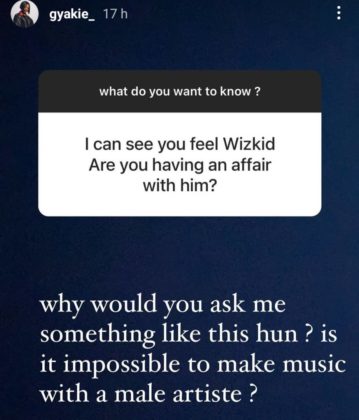 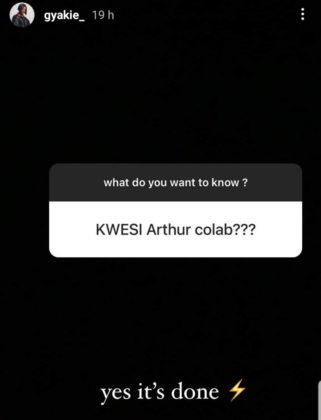 Gyakie has been seen in recent times hanging with Wizkid and recording music on his visits to Ghana, hence fans are suspecting an affair. It seems to however not be the case in this instance.

Gyakie also recently named legendary Nigerian singer, Asa as her favorite artist from the country. A fan asked for her favorite Nigerian artist and she replied saying it is Asa. Another fan asked for which artists she dreams of collaborating with and she named the veteran artist yet again.