Fast-rising Ghanaian artist, Gyakie has revealed that the Nigerian artist she absolutely adored is the legendary Asa, also saying she dreams of a collab with her.

When Gyakie told fans to ask her questions on Tuesday, the 20th of July 2021, a fan asked for her favorite Nigerian artist and she replied saying it is Asa. Another fan asked for which artists she dreams of collaborating with and she named the veteran artist yet again. 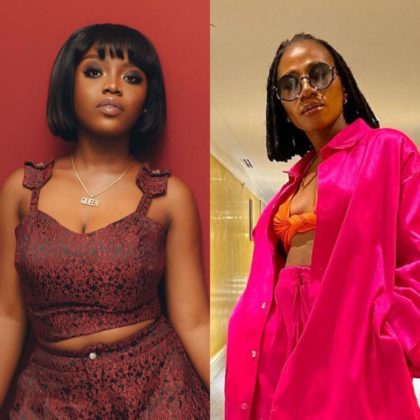 Gyakie whose father is the legendary Ghanaian highlife musician, Nana Acheampong has always been vocal about her love for Asa. In a chat with Teen Vogue earlier this year, she revealed that asides from her father, Asa, and Omar Sterling of R2Bees also influenced her sound. In her words;

I draw from Asa and Omar Sterling. They both have something I fell in love with, that is the uniqueness in their sound and their lyrical content. Growing up I watched their stage performances, I read through the lyrics of their songs, even to the point of following up on any interviews they have had, their speech. Omar Sterling inspired two songs on my EP. 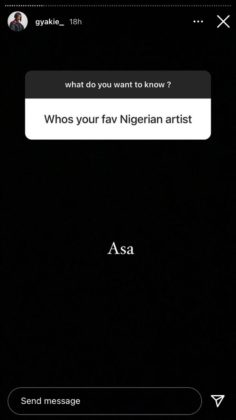 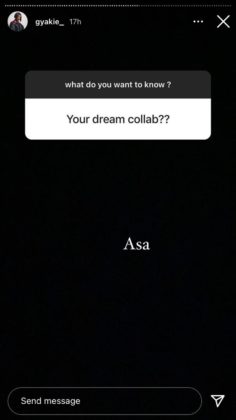 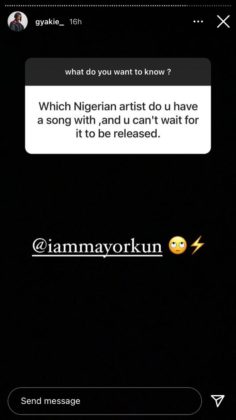 Gyakie has worked with Nigerian acts, Wizkid and Omah Lay but a collaboration with Asa will definitely give her a new career-high. She also revealed during her Instagram session that she has a song with DMW pop star, Mayorkun. When asked which Nigerian artist she has a song with and can't wait for it to be released, she tagged the Mayor of Lagos.