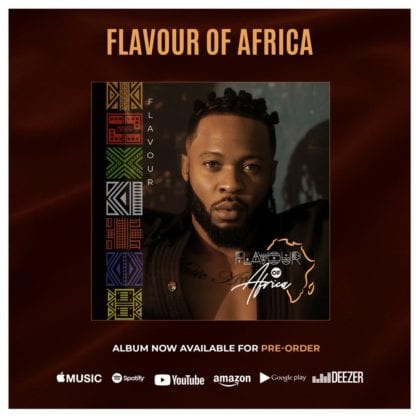 On the 3rd of December 2020, Flavour via his social media page, unveiled the tracklist of his forthcoming project 'Flavour of Africa' which had 16 songs and featured 8 different artist such as Fally Ipupa, Beenie man, Tekno, Phyno, Odumeje, Biggie Igba, Waga Gee, and Larry Gaaga. 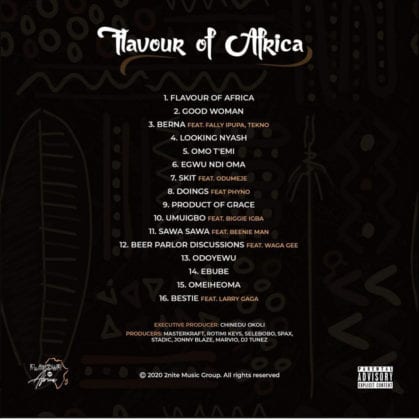 The release date for 'Flavour of Africa' is scheduled for tomorrow, 4th of December, 2020.