Fireboy DML has shared the official tracklist for his forthcoming album Apollo.

The YBNL signee would release the album just ten months after Laughter, Tears & Goosebumps, his debut album and one of the most critically acclaimed projects of last year.

Among features on the album are YBNL boss Olamide, Nigerian Pop icon Wande Coal, and American Hip Hop artist D Smoke, who put out one of the best rap albums of the year so far (Black Habits). 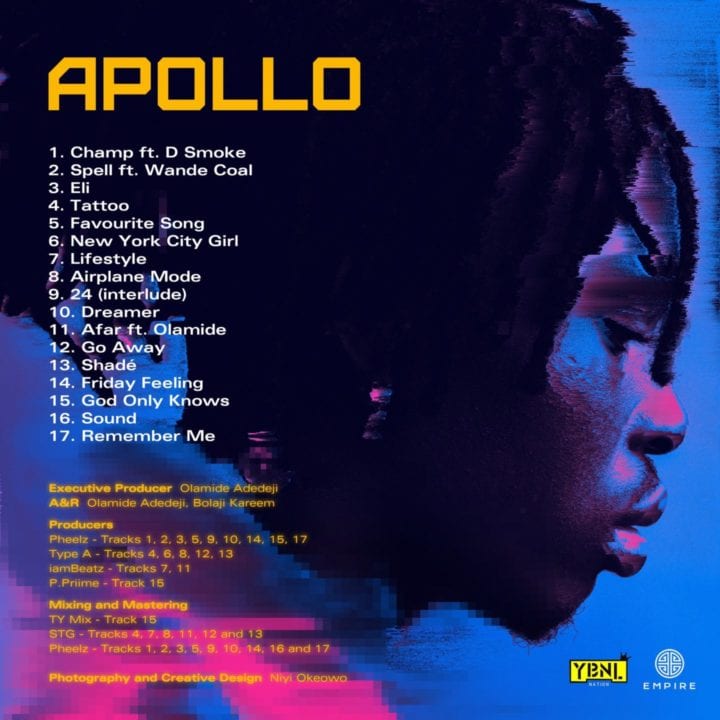 my second studio album, Apollo. this was bound to happen. gratitude to God for blessings. gratitude to everyone who worked with me on this album; gratitude to my team (YBNL/Empire), my family and the kings who blessed this project with their presence. see you on Thursday. pic.twitter.com/ZcBEjWyAug

Apollo will be released globally on August 20th, this Thursday.